As of mid-January, nearly every single member of Congress is on Twitter. That may seem unbelievable, especially considering that just 44 percent of the Senate and 35 percent of the House were part of the social media revolution in 2011. But it is true, and it’s a positive sign that the country’s legislators recognize Twitter’s power to directly reach constituents. In just two short years, the entire Senate and 90 percent of the House are using Twitter.

Both the Senate and the House have adopted this powerful new tool relatively quickly. There are currently 29 states whose entire delegation, meaning both senators and all representatives, are tweeting. Moreover, in each state, at least 70 percent of the delegates are active on Twitter.

Twitter allows senators and representatives to speak directly to the people who put them in office and to keep those voters informed about the goings-on in Washington. Particularly during this combative time in Congress, Twitter can help put a more human face on the legislative branch of the government.

Twitter first reported these stunning statistics and provided a helpful graphic showing Twitter adoption by state. In addition, the site maintains a list that enable citizens to find their senators’ and representatives’ Twitter accounts. See a list of verified congressional tweeters here, and check out the infographic below. 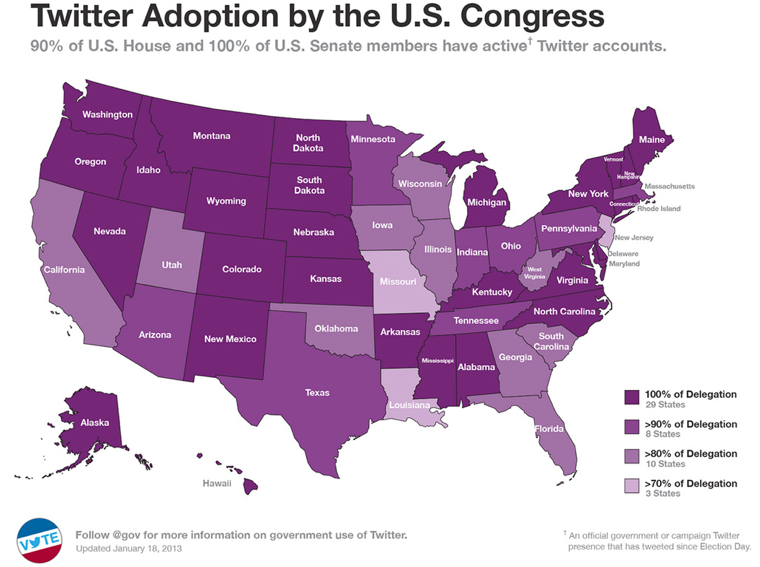