The word "open" is trending in government right now. Agencies have been asked to be more transparent, create accessible repositories of open data and engage with citizens on public networks, such as Twitter and Facebook. By getting involved in the open-government movement, agencies are building trust both with citizens and with other agencies. The following excerpt, from the Transparency and Open Government memorandum, explains the purpose of the government's efforts to be more open:

Government should be transparent. Transparency promotes accountability and provides information for citizens about what their Government is doing. Information maintained by the Federal Government is a national asset. Government should be participatory. Public engagement enhances the Government's effectiveness and improves the quality of its decisions. Knowledge is widely dispersed in society, and public officials benefit from having access to that dispersed knowledge. Government should be collaborative. Collaboration actively engages Americans in the work of their Government. Executive departments and agencies should use innovative tools, methods, and systems to cooperate among themselves, across all levels of Government, and with nonprofit organizations, businesses, and individuals in the private sector.

Open-source code is an essential element of open government in the digital age. The infographic below outlines the history of open-source coding languages, many of which power federal websites, databases and digital services. 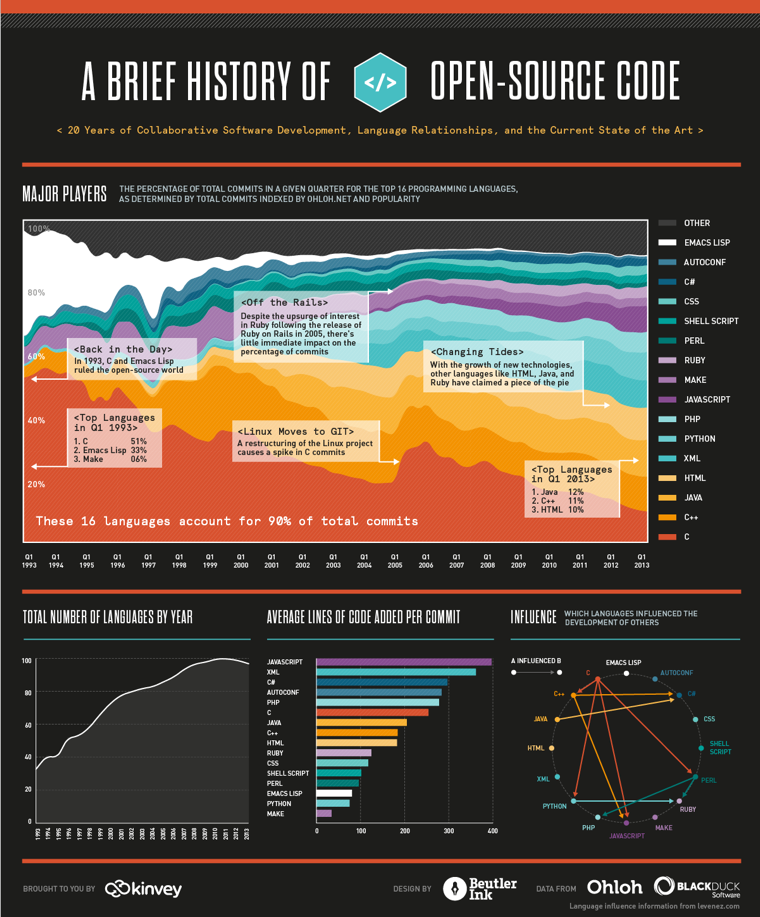 This infographic originally appeared on Kinvey.com.