The General Services Administration (GSA) is testing the waters to see how it might launch a new governmentwide contract with vendors that specialize in agile delivery services.

The GSA’s in-house digital hub, known as 18F, is teaming with the agency’s Office of Integrated Technology Services to establish a more nimble contract for procuring software services, 18F team members Chris Cairns and Greg Godbout wrote in a Jan. 8 blog post. What would set this blanket purchase agreement apart from others in government is the approach the GSA is using to create it.

The GSA team plans to create an alpha and a beta version of its Agile Delivery Services BPA. The goal is to create the alpha version under the agency’s IT Schedule 70 within two to three months. Use of the BPA will be limited to the GSA, mainly the 18F team.

Lessons from the alpha launch will help shape the creation of a beta BPA, which the GSA hopes to stand up six to eight months after awarding contracts for the alpha BPA. For the beta version, the GSA will onboard new companies that want to compete for a spot on the Schedule 70 BPA. There will be outreach efforts to educate companies that are unfamiliar with federal contracting and would like to become Schedule 70 contract holders.

“To keep pace, software acquisitions need to move at the speed of agile development cycles,” according to the 18F blog, which made FedTech's top 50 must-read list. “Ideally, this means less than 4 weeks from solicitation to contract kickoff, and from there no more than 3 months to deliver a minimum viable product (MVP).”

For those unfamiliar with the term, Eric Ries, an entrepreneur and creator of the Lean Startup methodology, says MVP is “that version of a new product which allows a team to collect the maximum amount of validated learning about customers with the least effort.”

“We believe that taking such a lean approach with alpha and beta versions will allow us to create a product that more effectively meets the needs of early customers (i.e., federal buyers) and can be scaled across government,” Cairns and Godbout noted in their blog post.

To better understand companies’ agile delivery capabilities, the GSA has requested that vendors respond to a hypothetical scenario asking how they would redesign the government’s FedBizOpps.gov website. Responses to the request for information are due Jan. 23. The GSA is hosting an industry day Feb. 3 to further discuss its plans for creating a new BPA.

Vendors interested in competing for a spot on the new contract will get another perk: a huge reduction in the amount of written responses that are typically required during the bid and proposal process.

“We’re going to ask vendors for a live or near-live demonstration of their capabilities (e.g., 24-hour product development challenge) as part of the evaluation methodology,” Cairns and Godbout explained. “Doing it this way will not only help yield high-quality vendors, but also reduce how much ‘bid & proposal’ expense companies have to incur. Very little, if any, in the way of written responses will be required, as is typically the case.” 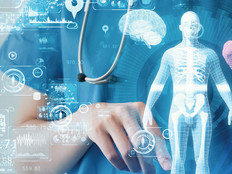