The Federal Communications Commission (FCC) raised $44.9 billion for the federal government last month, with the auction of wireless spectrum. An auction to sell off UHF television spectrum is planned for the near future.

These auctions have become big business for the FCC and the federal government, because the money raised goes directly into the federal treasury. For the agency’s IT leaders, the goal was simply to ensure that the technology used to run the auction worked without a hitch, a task that has gotten more difficult in the emerging world of bimodal IT. 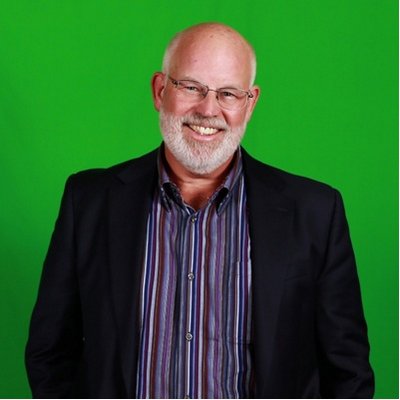 “We always ask, ‘How do we get to the future?’ But at the same time, we must take care of our current infrastructure,” said John Skudlarek, FCC’s Deputy CIO. “We can see 24 months ahead and how, on our current path, we can do things completely different, but we also must get to that point juggling many balls at the same time without dropping one.”

Gartner coined the term “bimodal IT” last year to describe the environment of large organizations in transition with their technology. Under Gartner’s definition, bimodal is made up of two types of IT: a traditional set up, where systems are reliable, predictable and safe, to ensure core functions run smoothly. The second mode features IT that is nonsequential and emphasizes innovation, agility and speed.

Skudlarek said that is the setup at the FCC, where the agency is “bringing in the guys with the beards and the cool glasses” to institute the latest advances in IT but is also keeping an eye on the existing environment, so things like multibillion-dollar spectrum operations continue without incident.

Add in things like show IT, applications, legacy infrastructure, various operating systems and middleware and things get complicated quickly.

“We know where we want to go,” Skudlarek said. “We just need to keep juggling until we do.”

Konieczny said he believes organizations that rely heavily on IT will also be in a state of transition.

“Honestly, we are probably going to be bimodal forever,” Konieczny said. “It takes a while to get integrated with a new technology, and there is never enough time or money to make the transition quick enough, where you will not be worrying about the two types of environments.”

For Konieczny, the changes in technology come on a priority basis. He said the Air Force has been using cloud and virtualization technologies for the past five years and currently features 400 applications in a virtual environment. While that has helped reduce service times and improve performance, it is only a fraction of the Air Force’s more than 4,000 applications in use.

Konieczny’s key for getting those applications onboarded includes taking a hardline approach with his office’s customers that forces them into a standardized environment.

“Everyone has a special need, and you get to the point where you have to say, ‘That’s too bad,’” Konieczny said. “Our focus sometimes needs to be on efficiency, and it’s the customers that need to be able to transform to help you achieve that.”

“There honestly is no reason that every agency should have a private cloud,” Hashmi said. “It shows the ridiculous way government has operated in the past. We’re all part of the same larger organization. As we see public clouds get to the point that they can meet every last government needs, the idea that private clouds are necessary will cease to exist.”

Commerce in the Clouds

Cooper admits that the Commerce Department is far behind when it comes to the implementation of new technologies — for example, the department is just finalizing its migration to a cloud e-mail system — but he plans to change that.

Part of the problem in the past has been negotiating Commerce’s federated environment. Having 12 agencies that feature a wide-variety of missions — think of the difference in missions between the Patent and Trademark Office and the National Weather Service — has led to few areas that can be consolidated.

Cooper acknowledges that an environment heavy on application sharing is unlikely, but there is no reason the department cannot move from a capital expense model to an operating expense model, with cloud computing as the backbone.

“This is the most federated environment I’ve ever seen,” Cooper said. “There’s never been an incentive for these different factions to share resources or a computing environment. As we move forward, though, we see opportunities where we can move on past the expensive capital investments we need to make and instead look at creating wider services that can be more widely adopted.”

Cooper believes technology can play a major role in the 2020 census. The last time the census was conducted, in 2010, it cost approximately $10 billion to complete. That number, though, accounts for these hundreds of thousands of enumerators — people hired to visit people that have not filled out the census – to get them to do so.

That manpower is incredibly costly. Cooper said that putting the census entirely online could result in significant savings for the department.

“What if everyone filled out the census on the Internet?” Cooper said. I’m not saying we are going to do that, but we are beginning to think of ways that technology can change the process. We see lots of opportunity, and while we’ve traditionally lagged behind in adopting technology, we see this as an opportunity to take a major jump forward.”