Not long ago, key drives were seen as a danger to the security of federal networks. Today, devices such as the IronKey Workspace W700 can instead be part of a robust infrastructure that is both mobile and secure.

The IronKey Workspace W700 is much more than a 64-gigabyte USB drive. It’s actually an entire portable computer that exists completely on the stick. All it needs is any USB port and a display to allow users to tap into its Windows 8.1 operating system. A user can conduct business in that environment and then save work before taking it away. A session leaves no traces behind on the computer used to host the W700 session.

The W700 was tested on a variety of computers — an aging notebook, a high-end workstation and even a desktop system that was first infected with spyware and keyloggers. In each case, the W700 plugged into an available USB port and asked for credentials following a fresh boot.

Once authorized, the W700 served up Windows and access to every file residing on the key drive’s desktop.

Even on a 10-year-old notebook unable to support Windows 8.1 on its own, the W700’s on-screen interface was quick and speedy. This means that in addition to providing a secure workspace, the W700 could potentially extend the life of an aging notebook, using it as a platform on which to work.

Performance on the high-end workstation was even better thanks to a USB 3.0 interface, which provided a quicker response time than the 2.0 port on the notebook.

On the desktop system loaded with spyware and keyloggers, the W700 still booted up to its Windows interface and allowed users to work normally. Once the W700 logged off, a check of the keyloggers revealed no activity, as if the infected system had never powered up. The spyware itself was unable to spread because the W700 simply used the USB port, display and keyboard of the host system and never booted up or touched internal system components.

The one potential problem: Users must be able to boot a host system from a USB port, so some level of administrator access to either the BIOS or the boot settings is required.

Data at rest on the W700 is protected by 256-bit hardware-based encryption, and the drive itself, in addition to being rugged enough to meet military specifications, complies with the Federal Information Processing Standard 140-2 Level 3, which goes beyond what most federal agencies require. 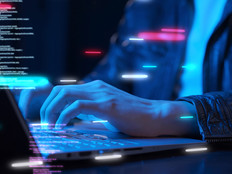