The traditional wireless networks that have served agencies well for the past decade are quickly becoming outdated and in need of upgrading. Today’s mobile users require ubiquitous high-bandwidth connections throughout an agency’s facilities. To meet these demands, agencies across government are looking to the next revolution in wireless networking.

The 802.11ac wireless networking standard promises to help agency IT departments move forward by tripling the speed of existing 802.11n networks. Technology advances over the next few years will further increase 802.11ac speed by a factor of four — providing wireless connections of up to 6 gigabits per second — compared with today’s 500-megabit-per-second maximum. 802.11ac achieves this by leveraging several technical enhancements, including the use of the 5-gigahertz radio spectrum.

Even if an agency is not planning to deploy 802.11ac networks for a few years, now is the time to prepare. The 802.11ac standard will likely serve as the dominant networking standard for the next decade, and steps taken today on an existing network may affect the ease of an agency’s wireless transition down the road. IT managers should consider three steps that can pave the way for 802.11ac networking.

Access points that use 802.11ac are power hogs. They consume a great deal more power than legacy APs, a factor that network planners must take into account when choosing switch equipment that provides power to APs. The Power over Ethernet Plus (PoE-Plus) standard provides the power necessary to support 802.11ac equipment.

Given the lengthy refresh cycle for switching equipment, now is the time to start deploying PoE-Plus switches. Using PoE-Plus equipment in technology refreshes today will future-proof an agency’s switch infrastructure and prevent the need for premature switch replacements.

As agencies roll out higher-speed networks, users will quickly consume the new bandwidth. Agencies must plan for this increased network consumption by providing sufficient capacity in their network infrastructure. This requires careful long-term planning throughout the edge and core networks.

As an agency upgrades its network, IT managers should plan to provide Gigabit Ethernet capability at the edge to support newer wireless APs. Providing this capability to the edge requires greater capability at the core where those connections aggregate. Edge-to-core connections on most agency networks should support 10Gbps connections. Finally, agencies should ensure that the network border provides sufficient capacity to reach both wide area network and commercial Internet services.

Full deployment of 802.11ac functionality requires the use of two CAT 6 Ethernet cables to the AP. Rewiring is an expensive undertaking, and agencies will want to avoid rewiring solely for the purpose of deploying 802.11ac. The cost of pulling two cables at one time, even if one remains unused, is much lower than the cost of adding a second cable at a later date. Therefore, any new construction and rewiring projects should include dual CAT 6 cable runs to wireless AP locations.

The technical decisions that IT managers make today will determine the effectiveness of an agency’s wireless networks for years to come. Making smart investments today in PoE-Plus switches, legacy equipment replacements and dual cabling may dramatically reduce the pain of a future 802.11ac rollout. 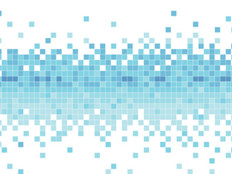 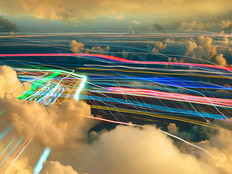 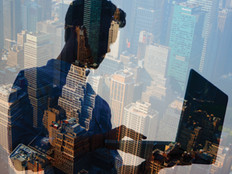