As organizations embrace mobility, wireless networks play an increasingly important role in IT operations. IT managers, however, must find a way to bridge the gap between a simple wireless network that provides web access for guests and an enterprise-class network that fully enables mobility. A few tweaks can improve performance and user satisfaction.

Turn Down the Power

It seems counterintuitive, but wireless network access points should be set at the lowest power setting possible. Access points are relatively inexpensive, and networks with more access points set at low power levels have the best performance. An investment in additional access points pays off quickly.

It's easy to understand why the power should be turned down. The wireless spectrum is shared, which means that whenever a device or access point is transmitting, the signal crowds out other traffic on the same frequency. Lower power creates smaller radius spheres on which only one station can talk at a time, and thus more conversations can happen simultaneously.

Turn Up the Speed

All modern wireless devices support standards at least as fast as 802.11g, which supports throughput of up to 54 megabits per second. And 802.11ac can support 1 gigabit per second or more. However, for compatibility reasons, most wireless devices will connect at speeds as low as 1Mbps if that's the best connection they can get. Network admins shouldn't allow this. They should use access point management to set minimum connection speeds above 11Mbps — or even 36Mbps.

Percentage of IP traffic from wireless and
mobile devices by 2016

This allows stations to connect only if they support the minimum speed, which maintains high speeds in both directions. When a station transmits at a low speed, it takes more airtime, which reduces throughput for other operations. It also can yield more errors and more retransmissions, further affecting total performance.

Wi-Fi networks use both the 2.4 gigahertz and 5GHz frequency ranges. Because many older and less expensive devices are restricted to 2.4GHz, that band is generally more crowded. Further, the 2.4GHz band only has three noninterfering channels (1, 6 and 11), while 5GHz has at least 21 noninterfering channels in the United States. Most enterprise access points are dual-band, which means that they can simultaneously handle clients in both the 2.4GHz and 5GHz bands. Because the 5GHz band generally has fewer devices and more channels, it offers better performance.

Where possible, IT administrators should encourage devices to use 5GHz frequencies. This is harder than it sounds, because there is no mechanism in the Wi-Fi standards to push a client to the 5GHz band. One option is to establish a separate service set identifier for 5GHz radios that can force users to the 5GHz channels. Additionally, many enterprise wireless systems have a "band-steering" feature that encourages clients to use the 5GHz band, which definitely should be enabled. 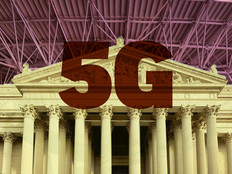