The Justice Department may not need Apple to help it unlock the iPhone of one of the perpetrators of last year’s terrorist attacks in San Bernardino, Calif., after all.

As The New York Times reported, in a court filing on Monday, the department said that “an outside party had demonstrated a way for the FBI to possibly unlock the phone used by the gunman, Syed Rizwan Farook.”

The filing came less than 24 hours before a federal court hearing on the matter, after the FBI had insisted for weeks that only Apple could help the agency unlock Farook’s iPhone 5c. Reuters reported that a federal judge agreed late Monday “to the government's request to postpone a hearing scheduled for Tuesday so that the FBI could try the newly discovered technique. The Justice Department said it would update the court on April 5.”

"Testing is required to determine whether it is a viable method that will not compromise data on Farook's iPhone," the government’s filing said. "If the method is viable, it should eliminate the need for the assistance from Apple."

A federal court last month ordered Apple to disable a feature of its iOS operating system that wipes the data on the iPhone after 10 incorrect attempts at entering a password. If that feature was turned off, the government could try a “brute force” attack to crack the password by entering in millions of possible combinations. Apple has vociferously fought against the order and its CEO, Tim Cook, indicated that the company would hold to its position.

“We need to decide as a nation how much power the government should have over our data and over our privacy,” Cook said Monday before the company unveiled new products. “This is an issue that impacts all of us, and we will not shrink from this responsibility.”

It’s unclear what he method is that the government has found to crack into the iPhone or whether it is a so-called “zero-day” flaw, so named because software providers do not know about the security flaws and have no time to respond to them. ZDNet reported: “On a press call Monday, law enforcement officials did not want to ‘speculate’ on whether or not the FBI has found a previously undisclosed security flaw that would give agents access.”

Reuters reported that “[a]n Apple executive told reporters on a press call that the company knew nothing about the Justice Department's possible method for getting into the phone, and that the government never gave any indication that it was continuing to search for such solutions.” 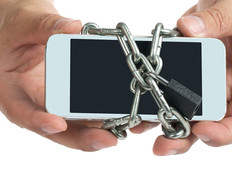 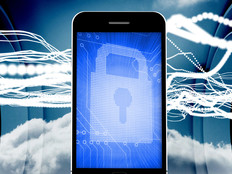