Even though the computer language was developed 57 years ago, it is still used by government agencies today. There are few people who are fluent, so those who know the language can charge high rates for their services.

For government, though, the problem is not just that it still relies on a decades-old computer language. The problem is the redundancies that inevitably occur when blending old and new information technologies.

“Government had one big IT kingdom to start, but has now branched off into all these fiefdoms,” said Andi Mann, chief technology advocate at Splunk, a company that produces software for analyzing Big Data. “This split, or balkanization, makes the world of government IT incredibly complex, expensive and fragmented.”

Mann said government fails to get rid of older systems when it brings in new ones. He pointed to the BlackBerry mobile phone as an example. If even one employee still uses one (and some do), the government must maintain an infrastructure to support it. Older IT systems include everything from COBOL and mainframes to AS/400, and supporting them makes it nearly impossible for government to move forward.

The result is an IT infrastructure that is expensive, insecure and hampers agility.

“Government needs to make change, but it lacks the visibility to get started,” Mann said. “Agencies need to look into their infrastructures to see what is still used and look to consolidate through new services. They need to bite the bullet and get rid of older technologies, creating a new infrastructure that enables them to move forward in a way that better services their mission.”

The overabundance of systems creates a number of issues. By not seeing all the systems in place, agencies are open to security vulnerabilities that enemies can exploit. In many cases, agencies might not even know a data breach happened.

However, maintaining older IT is increasingly expensive, sucking up valuable resources that could go to new projects such as those developed by 18F. That, in turn, can hurt the ability of agencies to serve the public, because modern citizens expect interaction through multiple channels. Many seniors may still prefer the phone or physical offices while younger generations may prefer online support.

Fostering change has its challenges though. Mann says it needs to come from everywhere.

“Government IT leaders from the White House on down need to push for change,” Mann said. “The fact that we have a federal CIO, a federal CTO, is a great leap forward. We need to take that technology leap now and see more come out of those offices, but also at the agency level as well.” 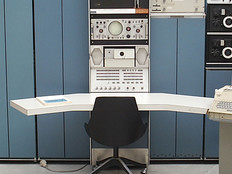 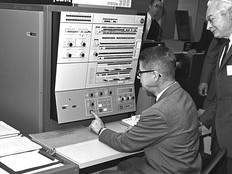