Our president-elect will face several challenges, both foreign and domestic, including fighting terrorism, addressing immigration, strengthening the economy, improving relations between the public and law enforcement, and curtailing health threats.

The success of any administration hinges in part on having the right technology in place to enable the president’s policies and programs. And politics plays a major role in federal IT, because White House leadership directly affects the government’s technology roadmap. For example, President George W. Bush’s administration adopted the use of scorecards to measure performance, and President Obama’s administration propelled the push for open government and transparency.

Cybersecurity Will Remain a Focus

Protecting U.S. information systems — both federal and civilian — should be a top priority for the president-elect. President Obama’s Cybersecurity National Action Plan (CNAP) calls for a bold reassessment of how the nation approaches security, and the next president should continue the evolution of this approach.

This requires attention to three essential factors: technology, personnel and policies. CNAP proposes a $3.1 billion fund to modernize federal IT, which would improve security by enabling agencies to retire legacy systems that are difficult to protect.

Federal agencies must also continue their efforts to support and improve cybersecurity personnel. This focus on security personnel should include continued investments in training and cybersecurity education and should extend all the way to the top levels of government. The Obama administration created the position of federal chief information security officer; the next administration should take this a step further by elevating the rank of the federal CIO to a cabinet-level position and expand its authority over governmentwide IT.

Advances in security ­policy are also necessary to address advancing threats. By making it easier for agencies to share cyber­security services, the incoming administration can reduce the complexity of having agencies establish and maintain their own systems.

Setting Up a Speedy Transition

Newly appointed CIOs across the federal government want to operate with a high degree of speed, flexibility and agility. To do this, they must quickly establish a transition plan for agencies. Political appointees should capitalize on the experience and knowledge of career leaders and deputies, and seek out those with strong management experience.

Although CIOs have made progress on CNAP, the report notes that leaders are concerned about their agencies’ ability to respond to threats quickly. IT spending must address these concerns.

“We see a mix of growth and contraction across civilian agencies’ IT budgets, but the common element across them all is the increasing proportion of budgets devoted to cybersecurity,” notes John Slye, an advisory research analyst for Deltek. “Not surprisingly, 84 percent of IT government executives we interviewed noted cybersecurity as a major priority over the next three years.”

CIOs considering new IT investments should also harness the power of innovation to improve service and create better outcomes.

A recent report from the Partnership for Public Service and the Center for the Business of Government advises officials to apply technology to achieve process improvements. The report cites as an example the Education Department and the Internal Revenue Service’s collaboration to populate student aid applications with income data from students’ most recent tax returns. The new administration must maintain a focus on enabling all the positive technology developments taking place, such as infrastructure modernization, while brainstorming cross-agency initiatives that can support policy goals. 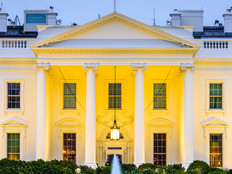