The Internet of Things (IoT) is one of the hottest topics in IT, and that’s reflected in spending. Since fiscal 2011, federal spending on IoT has been growing at a compound annual rate of 10 percent, reaching nearly $9 billion in fiscal 2015, according to Govini, which tracks the market.

That spending is spread across three areas — sensors, cloud storage and data processing — and each has unique challenges and opportunities.

“Defense agencies have spent the most on sensors that can compile in-the-field medical data from soldiers, as well as sensors that can gather data to help ensure soldiers’ safety,” says Wallace Sann, public sector chief technology officer for ForeScout. “However, device-based apps that can assist agencies across the board with data processing and analytics have seen the most investment in the last five years.”

“A strong one is connected physical safety and security: cameras and sensors for things like radiation,” says Gary Hall, chief technology officer for federal defense at Cisco Systems. He points to users in customs, immigration and the Department of Homeland Security.

Another common goal is saving money by increasing efficiency and employee productivity. In some cases, IoT applications serve as both the proof of concept and the technological foundation for unrelated applications.

“We’re seeing interest in IoT being initially driven by the potential for significant cost savings and energy management at the plant level for military installations and at the building level, gaining efficiencies in lighting and HVAC,” Hall says. “This is the low-hanging fruit that allows them to start getting involved in leveraging IoT.”

Initial applications often focus on automating processes rather than providing information that humans can use to make decisions.

“But it’s pretty important because you start to build out the platform to support IoT data ingestion and integration,” Hall says. “You’re creating a platform that initially can be used for cost savings, but be further leveraged to provide more mission value. It’s a good way to justify the initial investment to build the platform.”

Some agencies are applying IoT to longstanding practices to achieve additional benefits.

“One excellent example of federal government IoT leadership is in sensor and sensor management — specifically, collection and communication of data — for improved tactical intelligence at the warfighter level,” says Randy Wood, vice president for U.S. federal sales at F5 Networks. “In the Marine Corps, the notion that ‘Every Marine is a rifleman’ is being augmented with the imperative that ‘Every Marine is a collector’ of intelligence. Advancements in wearable intelligence, surveillance and reconnaissance sensors are making this a reality.”

The Postal Service’s interest in IoT is noteworthy for another reason: The agency has spent decades figuring out how to collect and manage enormous amounts of tracking and other operational data — just the kind of information the IoT is designed to generate. But even that experience might not be enough to keep up with IoT volumes and additional sources.

“This poses challenges in terms of managing, analyzing, sharing and making sense of the increasing quantity of data,” says Paola Piscioneri, director of global digital and innovation research for the USPS OIG Risk Analysis Research Center. “One of the main challenges for smart cities was not to deploy sensors to collect data, or to collect more data, but rather to turn existing data into actions.

“Cities develop partnerships with universities and private sector companies to help analyze this information and make it actionable through platforms and apps. This is something the Postal Service could also consider doing.”

For any federal agency using IoT, one risk is collecting more data than it can afford to store. IoT also has the potential to soak up so much storage that non-IoT applications get shortchanged.

“Any cost savings incurred on the storage side will easily be exceeded by the resources expended analyzing incoming data to find the most actionable items,” says ForeScout’s Sann. “To combat this growing fiscal obstacle, agencies should know what problems they are trying to solve for and build the solution that will help them get answers.”

Some vendors are responding with analytics solutions that sit at the network’s edge, fielding data from IoT devices.

“An emerging approach is performing lightweight analytics at the edge that run machine learning models,” says Jeff Healey, Hewlett Packard Enterprise (HPE) director of Vertica product marketing. “[These] look for specific faults or parameters that fall outside a given range and send only that data back to the data center to feed more historical analytics on larger data sets.”

A side benefit of this approach is reduced bandwidth consumption, because only important data makes it back to the data center. There are potential savings on the storage side, too, because the edge analytics weed out nonessential data. 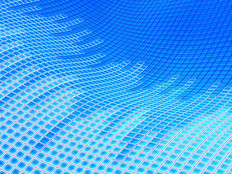