The secretary of the Army, Eric Fanning, has issued an 88-page directive designed to spur further data center consolidation after the Army fell behind on its goals. As Federal News Radio notes, the directive lays out "highly detailed orders to three-and-four star generals in the Army’s headquarters and functional and geographic commands, telling them precisely what must be done to close 60 percent of the service’s 1,200 data centers by the end of 2018 and 75 percent by 2025."

The plans are designed to help the Army, and the Defense Department more broadly, comply with the Office of Management and Budget's Data Center Optimization Initiative, designed to save money and boost efficiency, and spur the adoption of cloud services and interagency shared services. A key element of DCOI is to consolidate and close existing data centers.

FedScoop reports: "After early success consolidating about 30 percent of its data centers through fiscal 2015, creating a large gap between its progress and that of the other military branches, the Army's efforts have slowed. The Army said in 2016 it expected to close only an additional 140 data centers between fiscal years 2016 and 2018, which would be well short of its goal." 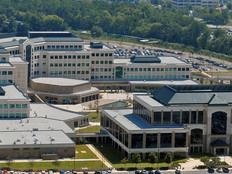