The General Services Administration is reorganizing the Technology Transformation Service (TTS), and merging it into the Federal Acquisition Service (FAS).  The changes come a little more than a year after the GSA created the TTS to serve as one-stop-shop for agencies looking to modernize and transform their IT.

The new unit will be called Technology Transformation Services. Rob Cook, the current Commissioner of TTS, will become a FAS deputy commissioner and the director of the new service. In addition, the senior position in FAS, its commissioner, will be designated a non-career position. "By placing all of the offices focused on government modernization into one organization, GSA will be better able to leverage its expertise and assets in support of the White House and its Office of American Innovation," GSA Acting Administrator Timothy Horne said in a statement.

Meanwhile, Alan Thomas has been appointed as the commissioner of FAS and will assume his role in the coming weeks.

"Thomas will ensure GSA’s acquisition strategies are aligned with President Trump’s business and technology initiatives," Horne said. "He comes to this position with more than 20 years of experience in both technology and business management within government and private industry." Thomas previously served as undersecretary of defense for acquisition, technology and logistics at the Defense Department, and as a management analyst in the Army.

According to an internal GSA memo obtained by Federal News Radio, Horne said that "both FAS and TTS have produced laudable results, and the Trump administration is seeking even greater success requiring the efforts of a larger and diversified organization." As a result, Horne said he made the organizational changes, which "will allow GSA to continue to support the missions of both organizations while achieving greater impact and results.” 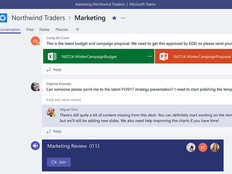