In a report issued in April, the Department of Homeland Security sounded the alarm bell about the need to approach mobile cybersecurity differently than traditional IT security. The agency recently proved it is putting its money where its mouth is.

The mobile app security project at DHS is designed to provide mobile apps with continuous validation and threat protection throughout the entire app lifecycle. DHS is also developing a security framework and integrated models that will enable the development of secure mobile apps for mission use by DHS components, other agencies and enterprise organizations.

“Adversaries can use a compromised or vulnerable mobile app as an avenue to target and gain a foothold on a user’s device,” William Bryan, DHS’s acting under secretary for science and technology, says in a statement. “The Mobile Application Security project will deliver innovative security solutions that will ensure apps used by government personnel and the public are secure.”

The recent round of funding grew out of agencies’ desire to build their own apps, Vincent Sritapan, mobile security program manager for S&T’s Cyber Security Division, tells GCN.

“There could be a commercial off the shelf capability that is good, but we need it to meet a standard … [that ensures] the apps are not risky, vulnerable or include additional malware,” Sritapan says. “Having an app development platform that integrates security is the next step.”

As DHS noted in its April report, “Study on Mobile Device Security,” which was mandated by Congress, there are numerous mobile threat vectors that attackers can use to target agencies.

Here is a quick rundown of the companies that received DHS R&D grants and how they can help aid mobile app security: 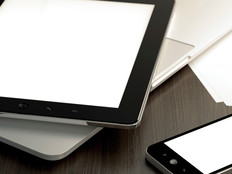