The recent passage of the Modernizing Government Technology (MGT) Act was like a wave of the green flag for federal IT modernization, proving that years of talk and promises for investments that enable a more efficient workforce now have the fast track.

There’s a lot of momentum surrounding federal IT modernization, not just the MGT Act. The White House recently released a 36-point modernization plan, and the administration’s cybersecurity executive order from last spring detailed how modernization is pivotal to the nation’s security.

The act is poised to inject agencies with $500 million in capital funds to modernize their legacy systems over the next two fiscal years — some of which are as old as “The Andy Griffith Show.” This means a transition away from on-premise server rooms quietly humming on code written in COBOL to services offered through the cloud that are akin to how the general public accesses technology in the private sector.

The flexibility and elasticity of cloud offerings means that government workers can quickly and easily access the same information from any office or even on remote sites, and can operate edge devices that are capable of running these applications in a secure and fast way.

But now that the race is on to modernize, wouldn’t federal CIOs rather get in a Ferrari than a four-cylinder? The performance of any of these new applications or data decoupled from a data center will be reliant on the cloud — meaning they have to have a modernized network that can overcome the longer travel distances.

This is going to stress any legacy networks that weren’t built to handle this new cloud era. And this problem is only exacerbated in the government, which runs just a handful of cloud-based data centers, meaning these great new solutions could be stymied by latency issues.

Planning, migration, management and improvement — those are the four main pillars to modernizing. When these steps are done right, agencies enable cloud-based services to meet their biggest goal: improved end-user experiences.

Agencies should plan their cloud migrations instead of transitioning directly to the cloud. If they don’t thoughtfully adopt a solid network plan before their cloud migration, they won’t gain any of the cost, speed or efficiency benefits that will take their agency’s technology services to the next level.

CIOs should perform a network audit to understand how to meet their overall mission objectives and map out the myriad of desktops, laptops, mobile devices and apps that all rely on their current network.

When it comes migration, agencies then will have to blend their new, cloud-first technology solutions with legacy data. Some agencies have petabytes of data they must move from their legacy system to the cloud. This would be a slow, arduous process without a carefully mapped-out network that can handle the migration. Leveraging these first two steps ensures the rest of the modernization is ripe with benefits.

In terms of management, improved networks allow IT managers to set policies and provisions across an array of network locations with the click of a single button. They drill down on traffic type and data type, and find out which websites people are visiting to provide optimal services for mission-critical applications.

Want to ramp up IRS services to specific applications from January to April in exchange for lower bandwidth for other projects? IT managers no longer need to manage each router at each location in their network to do so.

And, as for improvements, upgraded networks can identify how applications are affecting network performance, perhaps identifying that new technology purchases are in order, or unearthing that a certain application’s coding is unnecessarily adding to latency.

Having this level of visibility into how a network is operating will give federal IT managers more control and flexibility with each of their technology upgrades going forward.

One recent program could serve as a network modernization roadmap for other government agencies as they look to adopt new cloud-based solutions. The Defense Department’s Joint Service Provider organization, which provides most IT services to the Pentagon, is in the midst of ensuring it has an upgraded software-defined network, a parent technology to software-defined wide area networks (SD-WAN), in addition to its user-friendly Wi-Fi modernizations. DOD plans to use its new network to optimize its network topology, increasing efficiency, agility, flexibility and security — hardening its endpoints against possible attack.

In an agency like the DOD, latency and insecurity could have wide and unsettling results. Its push to upgrade its networks should serve as a signal to all agencies that improved applications need improved networks to meet mission objectives.

Upgraded network solutions, such as SD-WAN, are providing an on-ramp to the cloud for the government. It is a vital step in upgrading federal technology overall and should be top of mind for agency CIOs going forward now that modernization funds are finally on their way.

Yes, there are tons of upgraded applications and software options available to the federal government in this new era of IT modernization, but putting network modernization first ensures that every agency can provide fast, simple solutions at scale, benefiting every employee and citizen that relies on their services. 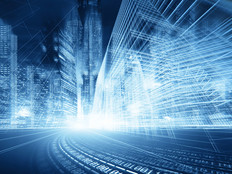