FEMA coordinated the response to Hurricane Harvey, the aftermath of which is seen here above Port Arthur, Texas, on Aug. 31, 2017.

The frequency and intensity of natural disasters made for a massively complex 2017 at the Federal Emergency Management Agency.

Extreme weather events — most notably Hurricanes Harvey, Irma and Maria, but also tornadoes and wildfires — caused a total of $306 billion in damage in the United States in 2017, making it the most expensive year on record for natural disasters in the country, according to the National Oceanic and Atmospheric Administration.

FEMA is tasked with responding to those disasters and helping citizens recover. Increasingly, the agency is turning to the cloud to help it scale its response, so that it can access data faster and deliver services more efficiently.

FEMA Turns to the Cloud to Scale Up Resources

Technology is key to helping FEMA fulfill its mission, according to FEMA CTO Ted Okada. “In our mission statement, we are to support citizens and first responders, state and local government, but first and foremost, survivors of disasters. When I think customers, I think of those survivors who are in the disaster zone and how do I meet their needs best?” Okada told FedScoop last month.

“We work as a team — the back office is the front office — from solution design or early problem identification or pain points, all the way through how that translates into a solution and long-term infrastructure,” he added.

The 2017 disasters forced FEMA to ramp up its response across the board. That, in turn, required a concurrent increase in technology infrastructure. “The challenge about this year in particular is scalability,” Okada told FedScoop. “We’ve had to take our entire infrastructure and scale it to literally millions of people to register for assistance.”

FEMA has had to disperse billions of dollars in assistance and target populations to provide them with housing very quickly, Okada said, and then repeat that process over several major disasters.

“We are having to scale this beyond what we’ve ever scaled before,” he said. “Now we’re going to have to sustain it for many, many years ahead. So, when we say we need processes that are measurable and manageable, it’s also about them being repeatable, sustainable, scalable.”

Shifting resources to the cloud has allowed FEMA to scale its operations and response, Okada said. “I’d say the hidden benefit is actually what we’ve done in raw engineering inside our IT shops ... with internal databases,” he added.

The biggest challenge for FEMA has been scaling its internal financial systems. “Cloud computing can be a catchall phrase, but really, it’s about how you get databases to perform faster and deliver that content faster via the web,” he said. “We are in a situation where we now can begin to modernize a lot of those databases to perform much more effectively than in the past.” 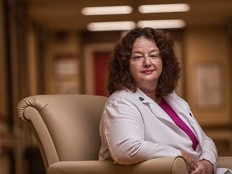 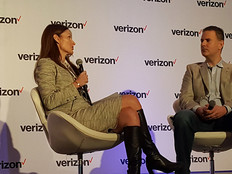