The new guidance around artificial intelligence in federal IT seems to boil down to this: Get beyond the hype. IT leaders, lawmakers and federal technology partners seem to be getting the message and are seeking practical and realistic ways to incorporate AI into how the government runs.

IT leaders are starting to use AI in more applications, and agencies are thinking about how AI can make their operations more efficient and enhance national security. Meanwhile, the growth of AI in the consumer market and in government is pushing lawmakers to consider how AI will impact society and how it might be regulated.

“Agency use of AI is accelerating in a number of areas based on machine learning technology, including cyberwarfare, robotics, border security, healthcare and virtual assistants,” Deniece Peterson, Deltek’s director of federal market analysis, told FedScoop last month. “We don’t yet see significant budget amounts allocated specifically for AI. We are seeing most interest today within [the Department of Defense], particularly in R&D.”

In its guidance on R&D priorities for fiscal year 2019, the Office of Management and Budget includes automation and machine learning — a subset of AI that uses algorithms to detect patterns and learn autonomously as the system encounters more information. Peterson says that “civilian agencies are continuing to investigate potential applications,” adding, “We expect to see pockets of investment in 2018.”

There is clearly potential for AI to reshape how the government operates. A report released last year by Deloitte University Press predicted that automation could save 96.7 million hours each year for federal government workers alone, translating to billions in cost savings and more time for employees to innovate or provide services.

AI can help agencies automate tedious tasks and free up staff to perform more mission-critical work and engage in analysis that humans perform better than machines. AI can also improve national security by sifting through huge volumes of data and reaching conclusions faster than humans.

“Artificial intelligence is an imperative. It’s not something that’s nice to have, or something that we should consider at some point,” Teresa Smetzer, the director of digital futures at the Central Intelligence Agency, said on Jan. 9 during an event sponsored by the Partnership for Public Service and the IBM Center for the Business of Government, Federal News Radio reports.

“We have an enormous exponential growth in the amount of data, the variety of data, the velocity of data, and our nation’s security really depends on our ability to quickly understand what data we have, what it means and how we’re going to use it,” she said.

AI is emerging when most agencies’ budgets are flat or shrinking and as agencies are being tasked with modernizing their IT — all while being short on manpower, Mallory Barg Bulman, the vice president of research and evaluation at the Partnership for Public Service, said at the event, Federal News Radio reports.

“We’re at a time in government where we’re not able to do more, with more,” Bulman said. “We’re really trying to look for that Option C. What is that other option? What is the way to do things differently to achieve critical outcomes?”

AI can help intelligence agencies such as the CIA make better predictions about events, and the CIA is trying to take advantage of the investments the academic and private sectors are making in AI. “We’re trying to leverage really the investment, which has grown three or four times over the last few years,” Smetzer said.

Smetzer recommended agencies take an incremental approach, start with pilot projects and evaluate multiple technologies, which is what the CIA has done. “We have the advantage that we made a strategic investment four or five years ago into a cloud computing environment … but we still have a lot of work to do when it comes to the data and the expertise, and really solving our mission-use cases and problems,” she said.

AI also can help civilian agencies automate tedious tasks, freeing up users to work on more important tasks. The Bureau of Labor Statistics used AI to compile data on workplace injuries — a time-consuming task given the millions of data points that need to be sorted and categorized — Federal News Radio notes.

In one year alone, BLS saw more than 2,000 different job titles for a position that could generally be described as a janitor or cleaner. While making sense of all those titles would be a tedious task for a BLS employee, AI has reduced that burden on the bureau’s workers.

“Traditionally, we would have staff that would review that data by hand, and would determine that they belonged in Occupation Code X, which is the janitor and cleaner. That’s something that we can now use machine learning to improve the consistency,” William Wiatrowski, the acting BLS commissioner, told Federal News Radio.

Congress May Want to Regulate AI

In mid-December, a bipartisan group of lawmakers co-sponsored the FUTURE of AI Act, which, FCW reports, “would establish a federal advisory committee to examine a wide range of questions surrounding how technologies like automation, machine learning and other forms of AI would impact society.”

The bill was introduced in the Senate by Sens. Maria Cantwell, Ed Markey and Todd Young, and a companion bill in the House is being sponsored by Reps. John Delaney and Pete Olson.

The legislation would also empower the 19-member committee — which would include members pulled from industry, academia, labor and civil rights groups — with making recommendations to the Commerce Department secretary on how AI should be implemented and regulated.

As Quartz reports, the bill would trigger a process in which the Commerce secretary “would be required to release guidelines for legislation of AI within a year and a half.” 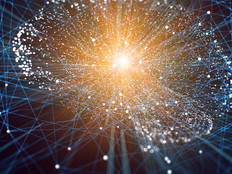