Deadlines are starting to loom for agencies to transition to the General Services Administration’s $50 billion Enterprise Infrastructure Solutions contract, which will enable agencies to modernize their network infrastructures and embrace new architectures, including software-defined networking (SDN). Federal CIO Suzette Kent thinks it’s an opportunity that shouldn’t go to waste.

As agencies prepare to issue their first task order solicitations and requests for proposals under EIS, Kent urged them to use the transition away from the government’s Networx contract as a chance to truly modernize their networks and lay the foundation for future innovation.

Kent noted that transitions of any type are a lot of work but that coordination of technology, change management processes and “people management” are critical with EIS. The Office of Management and Budget has been working with GSA to “make sure agencies understand what an important opportunity this represents.”

“We’re not going after point-to-point solutions” with EIS, Kent said Tuesday at the ACT-IAC EIS Network Modernization Forum in Washington, D.C. “This is a transformation opportunity.”

According to Kent, EIS can help agencies eliminate redundant contracts and move more quickly to new network architectures and capabilities. The vehicle provides and supports the efficient use of acquisition experts and technology resources. She and other federal IT leaders from OMB and GSA who spoke at the forum urged agencies to get buy-in and involvement from agency IT leaders and address transition challenges early.

Officials from several agencies said at the forum they were moving forward with plans to issue solicitations under EIS.

What Will EIS Enable for Network Modernization?

Last summer, GSA awarded 10 prime contracts for EIS, and vendors are moving toward being able to offer agencies services. As FCW reports:

Although GSA's testing for the vendors is formally slated to be completed by the fall, some vendors are getting their operations set to allow testing to be completed early. After that testing is completed, the contractors must obtain an Authority to Operate certification before they can provide services to agencies.

EIS requires agencies to transition away from the Networx contracting vehicle by the spring of 2020. Agencies will be able to take advantage of next-generation network technology through EIS — including SDN and 5G wireless networks — for the foreseeable future.

EIS is expected to extend until 2032. Technology will continually be updated and refreshed under the vehicle, and the contract also builds in time at the end for a transition to a new vehicle.

According to Tim Quinn, associate CIO for the U.S. Geological Survey, a component of the Interior Department, the agency has been discussing EIS internally for more than a year. During a panel discussion at the forum, he said the agency decided to call its EIS transition plans “great big change.”

Without disclosing what will be in USGS’s statement of work for EIS, he described what the agency hopes to eventually be able to do with its network. Imagine, he said, the agency detects there will be an earthquake in California. What if, 10 to 15 seconds before the quake hits, USGS can send messages to utility and building operators’ connected devices so that garage doors open, elevators go to the nearest floor and open, trains are slowed down and gas mains are secured?

USGS plans to add tens of thousands of wireless sensors to its network in the years ahead as prices for sensors drop, Quinn said. The agency will need to “go big” with EIS to be able to accomplish the kinds of network functions he described. And that was his message to other agencies as well.

“Go big. Put your business first,” he said. “In my case, it’s the scientists. Scientists are trying to put the American public first. How can I get that information to them, such that they can do something about it and it makes a gigantic economic impact?”

The kinds of precautionary measures that a more advanced network could enable could save millions of dollars in damages in an earthquake, Quinn claimed.

What Agencies Need to Do to Ensure EIS Success

Technology is just one element of a successful EIS transition, officials said at the forum. Crystal Philcox, GSA’s deputy assistant commissioner for category management, said agencies need to move to EIS as one unit.

“It’s critical to get different factions in your agency on board — your business, financial and IT folks all need to be on board,” she said at the forum, according to Nextgov.

Federal Deputy CIO Margie Graves also said that it’s critical for agency leadership to back EIS transition plans, because if the transition gets delegated to lower-level employees, they will most likely simply recreate existing services and not push for modernization. In addition to researching new technologies and structuring contracts to be able to add them easily in the future, Graves offered other advice.

“Know what your specific transition challenges are — whether they’re in the realm of policy, finance or acquisition — and get those to the table as quickly as possible with the experts who can help you,” she told Nextgov.

Some agencies are moving full steam ahead. Iris Cooper, the Treasury Department’s senior procurement executive, confirmed Tuesday that the agency is expecting to issue its first task order solicitation for work under EIS next month, and that the solicitation will be led by CIO Eric Olson, FedScoop reports.

That represents a shift in the acquisition process that “will likely be welcomed by congressional members clamoring for agencies to give the tech executives more leadership authority,” the publication reports.

“I think the biggest surprise today is that we changed the source selection authority to the CIO,” Cooper said. “It was the right thing to do. He owns it [with the Federal IT Acquisition Reform Act]. He’s responsible. He doesn’t pick his favorite, there’s a whole process, but I think it’s the right thing to do when we put people in charge of programs that they have to own and be responsible for.”

Meanwhile, FCW reports that the Social Security Administration is not going to make EIS awards immediately but is “currently evaluating” several responses to its request for proposals. FCW also reports that the Justice and Labor departments recently issued RFPs, according to GSA. 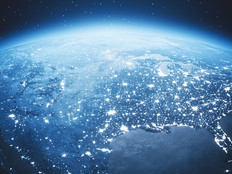