The intelligence community is vast, encompassing a wide range of agencies and missions, from the CIA to the Office of Naval Intelligence and National Geospatial-Intelligence Agency.

Since 2013, the IC has moved away from siloed IT and established the Intelligence Community Information Technology Enterprise. The Office of the Director of National intelligence’s ICITE is a platform of nine shared services, from security to networking, email to virtual desktops, all delivered via a private cloud. The common desktop provides standard operations such as email and office systems.

The model has helped standardized the intelligence community’s IT to a degree. Sue Gordon, principal deputy director of national intelligence, last month praised her predecessors who set up ICITE and “who started with the idea of efficiency — that we should do in common what’s commonly done.” ICITE “allows integration in a serious way,” she said Aug. 21 at the FedTalks 2018 event in Washington, D.C.

However, the ODNI is shifting its approach to ICITE over the next couple of years, according to La’Naia Jones, the IC’s deputy CIO. Speaking Sept. 11 at the Professional Services Council’s TechTrends conference, she said the IC is going to move toward a reference architecture model for ICITE. Reference architectures offer a template solution for an architecture for a particular domain, and they often stress commonality.

As FCW reports, Jones said the ODNI is working with intelligence agencies on plans to implement the reference architecture by May 2020.

MORE FROM FEDTECH: Read about how cloud usage has exploded in the intelligence community!

IC Wants a New Approach to Common IT

The intelligence community has shifted to the cloud in a big way over the last several years, via a private on-premises cloud, which was built by Amazon Web Services. Gordon said there has been an “explosion of use” of the cloud that IC leaders had not envisioned.

However, the shift to the common cloud architecture alone has not been enough keep up with intelligence agencies’ growing data loads and individual needs, Jones said, according to FCW.

“Even as we started to adapt and use cloud computing, the need to evolve and increase in data,” she said, was “more than we could keep pace with. We knew we had to change continuously.”

ICITE’s desktop environment approach was designed to a common desktop for the entire intelligence community. However, Jones said, the IC ran into hurdles as it evolved its cloud architecture.

“It wasn’t as easy to create a common desktop for everyone and to share everything across the community,” she said. Different agencies had their own IT visions, as well as unique applications and tools.

That is why ICITE is going to evolve into a common reference architecture, which will address the need for a unified technology platform while giving users in the IC “some flexibility to leverage some of the technologies that make sense for them,” Jones said, according to FCW.

“With the second version of ICITE, because we have the challenges of implementing the common desktop and getting us to where we are now, we wanted to continue moving forward to provide interoperability in a collaborative future as well as stay focused on mission,” she said.

The IC will still be using the foundations of AWS-built private cloud, Jones said, “but we were mindful that the operators, collectors and analyst leads and their tools weren’t common throughout the community.” 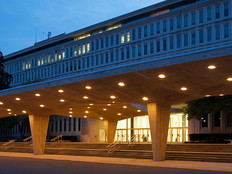 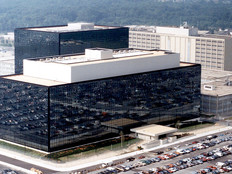