As private companies turn to data as a path to innovation and increased revenue, the government might want to consider the same route, said Margaret Weichert, deputy director for management at the Office of Management and Budget.

Speaking at the Imagine Nation ELC 2018 conference in Philadelphia, Weichert discussed the need for funding for continued IT modernization, a key goal of the current administration.

“I don’t think the framers of the Constitution and the creators of checks and balances really ever anticipated the amount of overhead that would be involved in mission delivery 240 years in the future,” she said.

With 56 percent of the federal budget going to entitlements and another 7 percent to debt service, there’s not much room left for financial expansion or flexibility, she said. “That big spend is crowding out discretionary spending, it’s crowding out investments in IT.”

To solve that problem, she said, “we need to grow the pie. Data actually has the promise to do that.”

DOWNLOAD: Find out how your agency can achieve digital transformation in this CDW Insight Report!

Private sector companies are recasting themselves as data companies, she said, “putting billions and billions of dollars of capital investment in the capabilities around that. That would be a great luxury if we could do that directly for government.”

“But if we think more broadly about our partnerships with the private sector,” she said, “we could get that investment by freeing up the raw data, and people could innovate on top of it.”

“The company innovated around those data streams,” she said. “The government would never have come up with that use case.”

In addition, Zillow and Trulia use government data about insurance applications and home purchase applications as part of the information they present on their websites.

“All of these things are sparks of innovation coming from the private sector,” she said. “The government does what we’re good at, which is bringing things together, providing a point of focus. We weren’t designed, as a federal structure, to do everything.” 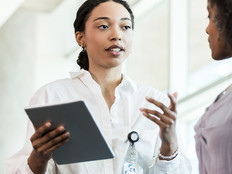 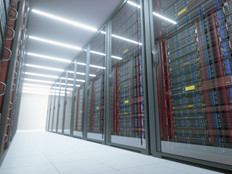