The federal government is taking another run at consolidating some basic business practices across agencies, and experts say that new technologies and improved governance could give this latest iteration a better chance of success.

This latest effort to create a shared services ecosystem aims to lower costs and ensure best practices while delivering modern infrastructure across a range of business needs.

“This could allow agencies to better concentrate on serving the American people. It would get them out of some of the blocking and tackling of running the federal government,” says Tom Suder, president of the Advanced Technology Academic Research Center.

The Office of Management and Budget announced the new initiative this spring, placing the effort under the President's Management Agenda, which sets a long-term vision for modernizing the federal government.

The General Services Administration will take the lead on human resources transactions, while the Treasury Department will streamline financial management services. The Department of Health and Human Services will consolidate grant management, and the Department of Homeland Security will handle cybersecurity.

Despite past efforts at consolidation, the OMB memo points to “significant duplicative effort” across the federal government when it comes to delivering on these basic business needs.

The OMB envisions big savings for agencies that tap into these shared services, noting that common mission-support services such as processing hiring transactions or managing federal finances, travel and payroll costs taxpayers more than $25 billion annually.

DHS officials envision a governmentwide marketplace for cybersecurity services, a single consolidated source for the most cutting-edge tools and capabilities available from both governmental and private-sector suppliers.

“We are effectively putting in place the government storefront, with roles for industry and agency partners,” says Matt Hartman, acting director of Federal Network Resilience in DHS’s Cybersecurity and Infrastructure Security Agency.

Like the other QSMOs, DHS has until September to develop a five-year plan for its shared-service offering, and it’s seeking agency input to inform that effort.

“We are in the process of engaging agencies, communicating out a high-level vision and then working with agencies to get the feedback that we can use to tailor or refine our approach,” Hartman says.

DHS already delivers some shared cyber capabilities across government, especially through its Continuous Diagnostics and Mitigation efforts. It will aim to leverage that experience in support of specific agencies’ needs.

At HHS, The Focus Is on Streamlining the Grants Process

Officials at HHS likewise say their grants management effort will be aimed at delivering on practical end goals. By pulling together routine and repeatable aspects of the grant process, “we are trying to streamline the user experience,” says Todd Simpson, chief product officer for HHS.

“That means centralized access and simplified data inputs to create process efficiencies across the whole grants lifecycle. A more structured process will lead to efficiency gains, with a single portal, a single sign-on,” he says. All this consolidation “should bring about economies of scale, which should lower cost.”

The OMB memo acknowledges that this is not the first time the government has attempted shared services, and that there is more to do: “Today's federal environment still presents incredible challenges in effectively, efficiently and cost-competitively delivering mission-support functions to agencies.”

What’s going to be different this time around? Experts say that new technologies could smooth the path, and they also point to OMB’s governance strategies as a possible mark in favor of this latest effort.

Past shared-services efforts include the 2004 creation of the Financial Systems Integration Office, which shut down in 2010, and a Concept of Operations for Line of Business Initiatives released in 2006, which aimed to consolidate IT and business practices in key areas including financial, human resources and grants. A Federal IT Shared Services Strategy superseded some of the LBIs in 2012.

“The idea was to nudge people toward working in a common system. But it’s difficult to get people to consolidate, because everyone wants to control their own systems,” says Shawn P. McCarthy, research director for IDC Government Insights.

The advent of cloud computing changes the game. If the QSMOs were to leverage the cloud in order to deliver their service offerings, which they almost certainly will, that could give agencies the impetus that was lacking in the past, McCarthy says.

“The cloud marketplace — where you can spin up a new iteration as you need it — has been inexpensive enough and flexible enough that people may believe it actually is easier” than mounting agency-specific systems, he says. “The move to cloud has taken away so much maintenance and improved security so much, it’s kind of hard to argue with it.”

Others note that in addition to cloud, the rise of application programming interfaces and standardized commercial off-the-shelf connections also will empower the sharing of services.

“In the old days, if you were across the country, you’d have delays in processing,” Suder says. With ubiquitous cloud service and easy interconnections, “it allows you to deliver services on a much wider basis.”

The new initiative calls for engagement with the experts on the ground — the various chief executive councils representing procurement, accounting, IT and other key business areas.

“Now you have practitioners evolved. The people who have actually done this are now more part of the process, are being structurally included,” says Jim Taylor, a managing director in the public sector practice at Grant Thornton.

In addition, the clear authority given to the QSMOs could help empower the effort. “This is a different leadership role than we have seen under prior initiatives,” says Alan Chvotkin, executive vice president and counsel to the Professional Services Council. “They’ve been very explicit about roles and responsibilities this time.”

As agencies await the launch of the new shared service offerings, experts say this may be an ideal time to take stock of in-house capabilities. It makes sense to look not just at universal needs — those routine tasks that could be easily shared with others — but also at the more unique aspects of an agency’s operation.

“You’ve got to know where you are doing most of your manual or custom activities,” Taylor says. “Then, when you are ready to go, you’ll know where the weak spots are.” 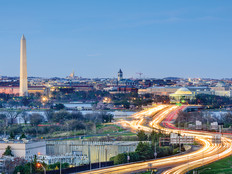