Hallways converge on the fifth floor at the 5500 and 5600 corridor inside the Robert F. Kennedy Building, headquarters of the Justice Department.

The Justice Department is taking steps to modernize its network technology via the General Services Administration’s Enterprise Infrastructure Solutions contract.

The contract, awarded to AT&T via an EIS task order and worth $984 million over 15 years, is for a wide-ranging modernization effort, not one that will simply upgrade similar services for the DOJ.

The EIS contract will lay the groundwork for further cloud transformation and software-defined networking technology at the department.

“It’s not like for like,” Stacy Schwartz, vice president of public safety and FirstNet at AT&T, tells FCW. “They’re looking at evolution and requirements for technology over 15 years.”

Schwartz tells FCW that the contract is “a well thought out path to modernization” for the agency, and it leverages the cloud, as well as mobility in particular.

According to a press release, the fully managed solution “includes a breadth of networking capabilities, including IP voice, data, security, cloud access and professional services” and “will serve as a catalyst for the DOJ’s long-term technology priorities.”

AT&T argues that the contract will provide DOJ “the flexibility and protections to meet their requirements as they aim to strike the right balance between needs to access cloud services from multiple providers and ensuring the access is highly secure.”

“To give you a sense of the scope on this contract, it’s everything from software-defined networking, managed network services, managed security services, mobility services and voice services — both legacy and IP voice services,” Schwartz tells IWCE’s Urgent Communications. “It can also potentially include the management structure around all of those, as well. And that’s just a sampling of it.”

Schwartz says that the contract allows AT&T to showcase its whole range of networking solutions for the DOJ so that it can integrate them to support end users.

“It’s not just a product or a particular service; we’re able to integrate all of our solutions into a meaningful offer for the Department of Justice,” she says.

Some components of the DOJ, such as the Bureau of Alcohol, Tobacco, Firearms and Explosives, are already using FirstNet. “What’s interesting here is that we’ll be able to use FirstNet in a variety of different situations,” she said.

MORE FROM FEDTECH: Find out why DISA has embraced SDN for the Pentagon.

Agencies are making progress on the transition to EIS, a GSA spokesperson told FedTech this spring, and are “working hard, with support from GSA, to finalize their solicitations and get them released to industry as soon as possible.”

“Not making this deadline is a yellow light,” Laura Stanton, the GSA’s deputy assistant commissioner for category management in the IT category at GSA, said in remarks at an ACT-IAC conference on May 8, according to FCW.

According to FCW, while the September deadline is important, Stanton said that the March 2020 deadline is critical, and if agencies miss that target date, the light “will go from yellow to red.”

By that point, “agencies may not have the time to make the transition” within the three-year window. According to the GSA, by March 31, 2022, 90 percent of agencies’ telecom inventory must be off current contracts and moved to EIS. And on May 31, 2023, current Networx, WITS and LSA telecom contracts expire. 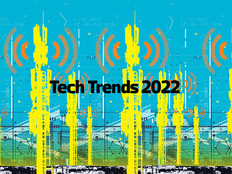 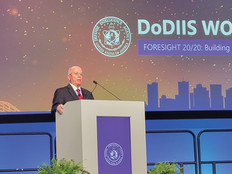