The U.S. Census Bureau began its 2020 decennial count in tiny Toksook Bay, Alaska, seen from above.

The first person counted in the 2020 decennial census — now underway in remote parts of Alaska — was recorded the old-fashioned way: by a human being conducting an in-person interview. The rest of the massive government project, however, will depend on very modern technology.

U.S. Census Bureau Director Steven Dillingham needed an airplane and a snowmobile to get to Lizzie Chimiugak’s home in Toksook Bay, Alaska, (population 661) which juts into the Bering Sea on the state’s west coast. Alaska’s most far-flung locations are traditionally the first to be counted.

When the count begins in the rest of the United States and the urban parts of Alaska in March, residents won’t have to wait for someone to knock on their doors; they will be able to respond to the Census Bureau’s questions online or by phone — and even on paper, if they’re feeling retro.

Those who don’t respond in the initial period will be visited beginning in May by temporary workers carrying wireless devices to collect information — one of the largest U.S. government deployments of a Device as a Service solution, managed by technology provider CDW•G.

“This will be the biggest census ever, in many ways the most complicated, and with the newest tools and technologies being employed,” Dillingham said at a press conference in Alaska. 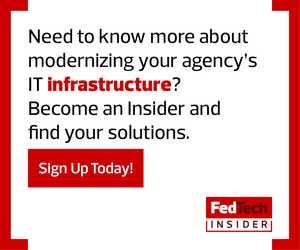 Under the DaaS program, CDW•G obtains, configures and delivers smartphones, tablets and laptops directly to the Census Bureau field offices, relieving the government of the need to do the work itself. (The bureau had tried, and found it too difficult.)

The 2020 count is the first time that the temporary workers, known as enumerators, will use electronics rather than pens and paper to collect follow-up information. The Census Bureau expects to hire between 400,000 and 500,000 enumerators to do the job, and each will get his or her own device.

“In the rest of the country, where we’re dealing with millions and millions of households, the technology is what’s going to make the census efficient,” says Timothy Olson, the Census Bureau’s associate director for field operations, speaking to FedTech from Bethel, Alaska.

The DaaS solution will not be used during the initial Alaska count; the devices are designed to transmit information securely and immediately back to Census Bureau headquarters, and in the nonurbanized parts of Alaska, “connectivity is pretty spotty,” Olson says. “For our purposes, it’s much easier to train people to use a paper form. We data-capture it after the fact.”

MORE FROM FEDTECH: Get the details on the Census Bureau’s preparations for DaaS deployment.

Alaska also gets a head start on the rest of the United States because of its climate and infrastructure. Many communities are connected to the rest of the state by winter ice roads and runways which vanish as the temperature rises, restricting access in spring and summer.

“We’ve got to be flexible,” Olson says. “The weather can certainly impact the ability to get in and get out.”

The Census Bureau also found that workers could count more Alaskans during the winter, since many residents of remote areas leave home once the spring thaw arrives to fish, hunt or take warm-weather jobs.

The data collected by device-carrying enumerators this summer will be encrypted and transmitted securely back to the Census Bureau; the paper-based information collected in rural Alaska will also be secured before it is sent to data capture centers, Olson says.

“We’re feeling pretty confident that we’re going to be on track, that our self-response systems are going to work really, really well,” Olson says.