When the Veterans Health Administration began its video telehealth program 20 years ago, the goal was to make it simpler for the average vet — who lives more than 90 minutes from the nearest healthcare facility — to get medical treatment.

Now hundreds of thousands of veterans, no matter where they live, are taking advantage of the VA Video Connect program, many inspired by the COVID-19 pandemic and warnings to avoid close contact with others.

“We’d expected a steady rise,” says Dr. Kevin Galpin, executive director of VHA’s telehealth services. “But not this year — over the next two years.”

The Department of Veterans Affairs' video telehealth program has expanded to include appointments conducted over mobile devices.

The VA Video Connect program, which began in 2017, allows patients to see their doctors from a distance, using their own computers, tablets or smartphones from any location rather than having to travel to a special telehealth center.

Once a patient makes an appointment, VA sends an email with an encrypted link that takes the patient behind the VA firewall to talk to a medical professional.

The sudden influx of patients once the pandemic took hold caused a few hiccups, Galpin says. For instance, the appointment and scheduling system was designed to work in real time: The veteran’s request would go to a on-premises server that would then create the private video room.

The agency added new nodes and servers to the on-premises environment, and also created a cloud-based server for when those filled, he says. The scheduling system was also adapted so that it could batch visit requests and create the video rooms overnight rather than immediately.

The number of at-home VA video telehealth visits in April, the most recent full month available

With those numbers, bandwidth was also a concern. “It was always a concern,” Galpin says. “We updated our bandwidth on the VA side, but our concerns about veterans haven’t changed.”

About 42 percent of rural veterans don’t have internet access capable of supporting telehealth services, according to the VHA’s Office of Rural Health, and many do not own devices that can handle telehealth, either.

The VA’s initiative to close that “digital divide” includes partnerships with telecom providers that allow veterans to use data instead of Wi-Fi for telehealth visits with minimal impact on their data plans; the VA also sends loaner tablets to veterans who don’t have one and who qualify for assistance.

“The IT engineers will just keep increasing capacity so that we can do more as needed,” Galpin says. “The numbers continue to rise. I don’t know where it’s going to stop. We believe this is the new normal.” 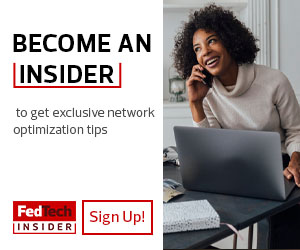