The federal government is poised to spend about $81.3 billion on IT in fiscal 2018, according to the federal IT Dashboard. It's unclear how much of that will be spent on IoT technology, but it is growing. Analysts from the Immix Group estimated in April 2017 that the total federal IoT addressable market will hit $3 billion in fiscal 2018, up from $2.5 billion in fiscal 2016. Meanwhile, the contract and spending analysis firm Govini found that the government spent nearly $9 billion in 2015 on IoT technology.

That discrepancy highlights the fact that confusion remains about what exactly constitutes IoT. To some, the term denotes, simply, connected devices. To others, it means much more, encompassing networking, data analytics and security.

What is clear is that agencies will increasingly use IoT services in the years ahead, covering everything from sensors to monitor environmental conditions to Bluetooth beacons on trains. What is the best way for agencies to deploy IoT devices and services? And, given that cybersecurity is always top of mind, how can they best secure them? As they do so, what myths surrounding IoT technology and use can federal IT leaders dispel?

For this FedTech video series, we spoke with a wide range of federal IT leaders and IoT industry experts to take a deeper dive into the world of IoT.

Latest From This Event 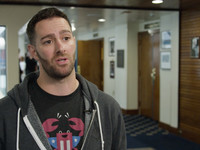 How Feds Should Think About IoT Cybersecurity
Video 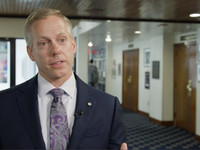 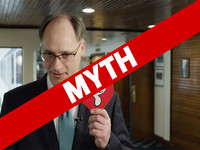