MENU
Log in
The Air Force's Sheryl Glore says virtualizing Microsoft Exchange saved her squadron $60,000 it would have otherwise had to spend on new servers.
Home»Data Center
APRIL 2010
E-NEWSLETTER

» Servers Made to Order

For Sheryl Glore, virtualizing the 45th Space Communications Squadron’s Microsoft Exchange servers with VMware was a matter of cost avoidance.

“We needed to upgrade our Exchange servers. So rather than upgrade them, we asked about virtualization,” says Glore, chief of implementation and standards for the squadron at Patrick Air Force Base, Fla.

“Without virtualization, we would have had to go out and spend roughly $60,000 on new server hardware,” she explains, adding that now the group’s Exchange servers reside as virtual machines on existing servers.

The Air Force is also spending much less money on hardware refreshes and maintenance at the base, and estimates it will save a total of $180,000 on server costs and the annual electricity and air-conditioning bill.

“With the heat in Florida, saving on HVAC is critical,” says Glenn Exline, manager of the enterprise network group for Computer Sciences Raytheon, the Eastern Range Technical Services Contractor that manages the enterprise and e-mail servers at Patrick.

Another catalyst for e-mail virtualization is lack of floor space at the base, adds Glore. “The server room is only so big, but our data requirements continue to grow,” she says. “The choice is to add more servers or virtualize.”

Leaders Rather Than Followers

For similar reasons, the Navy and Federal Deposit Insurance Corp. are also virtualizing their Exchange servers.

These organizations are truly on the cutting edge, says Gartner analyst Matthew Cain. Many agencies have begun virtualization programs, but few organizations have virtualized Exchange, even among corporations, he says.

But that’s likely to change, Cain predicts, in part because of changes made by Microsoft. Exchange virtualization is now more feasible than it once was.

According to the Navy Marine Corps Intranet Program Office, the Navy Enterprise Architecture and Data Strategy focuses on creating systems that are interoperable and built on a common infrastructure that reduces stovepiped operations across the naval network.

Virtualization aids that process by ensuring that NMCI’s applications and data resources are used most effectively, allowing applications such as printing, Microsoft Exchange and antivirus software to be moved from one server to another to ensure optimal utilization. While it reduces the amount of hardware required to support the network, virtualization also facilitates future server upgrades by placing each application within its own virtual server, preventing it from impacting other applications when changes are made.

• Reduced server replenishment costs. Much like the Air Force squadron, NMCI says it will save on having to buy new servers every four years. At 150 servers, priced at roughly $10,000 per server, that’s at least $1.5 million in cost savings over four years.

• Central management. Now that the e-mail servers are virtualized, there’s less need to send people onsite to refresh or patch the servers. All standard maintenance can be done from a central location using VMware Virtual Center. With fewer servers, there’s also much less maintenance and testing required. Another benefit is that all the servers are HP 580 series so the IT managers don’t have to learn multiple hardware systems.

FDIC had clearly defined business goals for virtualizing Exchange with VMware, says Sanjeev Purohit, assistant director in the Division of IT.

In the past, when an e-mail server failed at a remote location, sometimes the server would reboot when FDIC’s IT staff in Arlington, Va., tried to bring it up — and sometimes it wouldn’t, which meant they had to wait until someone could physically work on the machine.

And when business activity increased at a regional office and they needed to add another e-mail server, they would have to prepare the server, ship it out and have someone install it on a rack and power it up at the remote location. “Now, we can bump up the processor and memory remotely using VMware without having to go through the purchasing process,” says Purohit. “We can have a new e-mail server up in 30 minutes to an hour.”

Interestingly enough, Purohit says, cost savings or cost avoidance was not a primary goal. He says without question the agency saves on floor space, power and overall energy consumption, and FDIC is always looking for ways to embrace green computing. “One of the real goals was adding flexibility,” he says. “Now, when a regional office gets busy, we can respond more quickly and give them the resources they need.”

But for processing intensive applications such as SQL Server databases and e-mail, using VMFS can put too much overhead on the SAN. One approach used by the Navy Marine Corps Intranet is a technique known as Raw Device Mapping (RDM).

Jeff Smith, server manager for EDS, an HP company, which manages NMCI for the military, says Raw Device Mapping lets NMCI use the native file system on the storage area network to store the virtual machines.

“The best way to think about it is that RDMs are a way to more effectively use the space on the SAN and improve overall performance,” Smith says.

Smith says that although configuring RDMs is not especially hard, it does take someone who understands virtualization and the difference between RDM and VMFS. He says the need to use RDMs is one of the main reasons many agencies and other organizations have not yet moved to virtualize Exchange.

“Most people just want to get virtualization to work and aren’t about to try virtualizing Exchange,” he says.

But that will change as more IT shops gain experience and their comfort level with virtualization technology grows. The potential cost savings and ease of management through virtualizing Exchange are too great for federal agencies to hold back, Smith expects.

Gartner offers pointers that IT shops should consider before virtualizing Microsoft Exchange:

Security: When virtualizing the edge server, agencies must take all necessary security precautions for running a virtualized server at the perimeter of the network. IT shops have to protect against attacks on a virtual machine extending to the hypervisor.

Economics: Virtualization typically requires a move to larger, more expensive servers and away from low-cost commodity servers. Agencies need to take this into consideration when determining the economic impact of Exchange virtualization.

Complexity: Adding a hypervisor to an already complex software system raises the requirements for operational expertise. Agencies must ensure that training and support for the more complex environment is available.

Testing: Rigorous load testing should be done to ensure adequate performance levels. Anecdotal evidence indicates that the virtualization overhead for Exchange is between 10 percent to 20 percent of overall performance.

Applications: IT managers should pay attention to the mix of applications on a virtualized server. Certain combinations, such as SQL Server and Exchange, may contend for the same resources, resulting in disk, memory or network bottlenecks.

Topology: Virtualizing Exchange deployments at branch offices might be attractive, but an alternative is a topology redesign toward a centralized data center. Branch office servers would be eliminated. 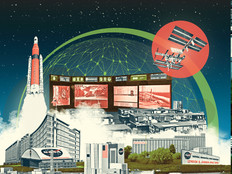