Everyone loves a good fake Twitter account. Remember @LeBronsElbow (after LeBron James hurt his elbow in the 2010 NBA playoffs) and @BPGlobalPR (the not-so-friendly fake BP account that popped up after the 2010 oil spill in the Gulf of Mexico)? Twitter has taken steps to verify that the accounts of prominent people are authentic, and now the U.S. government has done the same.

Initially, the government aims to validate social media accounts from 22 different social networks. This description from SocialFeds.com offers a more in-depth look at the service:

The registry will have 2 parts. The public facing site on USA.gov (or gobiernousa.gov for Spanish speakers) will allow you to paste in the URL of a social media account. You’ll then get a quick message letting you know whether the site has been registered or not. Over on Howto.gov there will be a site for federal agencies to register their official social media outlets, which can include accounts from elected officials, heads of agencies and cabinet members. Anyone with a .gov or .mil email address and a valid phone number will be able to update or add a record in the registry.

The government’s move into social media has been cautious, and rightfully so. The public, however, is enjoying the fruits of agencies’ labor on networks such as Twitter, where NASA (almost 3 million followers), and now Mars Curiosity (more than 1 million followers), has become extremely popular. The government has always been a leader in technology, and despite a slow adoption of social media, they have caught up quickly.

To read about social media pitfalls that your agency can easily avoid, read our guide to social media in government. 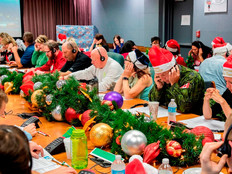 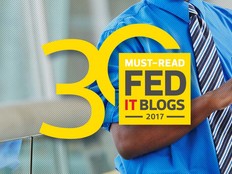