Agencies that want to increase the flexibility and efficiency of their IT resources, as well as keep costs down should take a serious look at cloud computing.

Traditional IT services range from the "server room" of small agencies to the dedicated data centers of large enterprises. These services tend to have high upfront cost, can be difficult to scale out, and are generally provisioned from the top down.

By contrast, cloud computing involves pools of computing, storage and networking resources that can be provisioned on demand as an organization needs them. This self-service approach puts IT staff in charge and allows agencies to keep costs under control by consuming only those services needed at a given time.

If your agency is rapidly growing or evolving, cloud computing may make sense. Agencies can build their own private cloud, build a shared private cloud for the different departments in the organization, purchase subscription-based services from a public cloud provider, or implement some combination of these approaches to create what's called a hybrid cloud. Whatever cloud model is adopted, agencies can potentially see big benefits.

And if at least part of the solution includes deploying a private cloud, the following new capabilities offered by Windows Server 2012 make it the operating system of choice for building that cloud solution.

Minimizing the footprint of installations is essential if an agency plans to migrate its server workloads into the cloud. That's because the smaller the disk and memory footprint of each virtual machine (VM), the more virtual machines can be crammed onto virtualization hosts. Because hardware used for virtualizing server workloads tends to be expensive, consider consolidating workloads as efficiently as possible on these hosts; Windows Server 2012 now does this better than ever.

The Server Core installation is now the preferred option when deploying Windows Server 2012 and is ideal for data center environments where it’s essential to keep virtual hard disks as compact as possible. The features on Demand now let IT staff remove the binaries of roles and features they don't plan to install on their servers, and this can help reduce the footprint of system virtual hard disks by up to an additional 1 gigabyte. 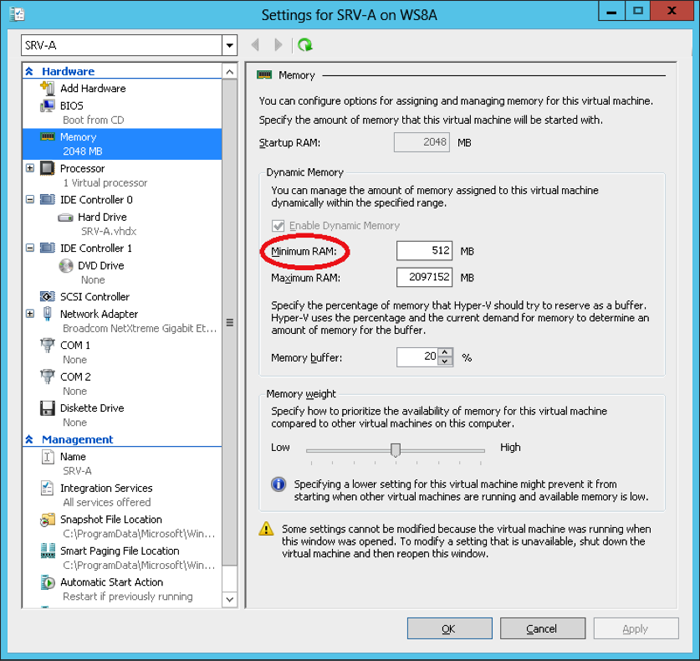 One of cloud computing's greatest benefits is the degree of flexibility it provides with respect to how an environment provisions and consumes IT resources. One area where flexibility has been greatly improved in Windows Server 2012 is in Live Migration. For example, there is now the option to perform Live Migration without the need to implement a high-availability solution using Failover Clustering. Multiple Live Migrations can also be performed concurrently instead of sequentially, and the migration process is now much faster.

When a shared cloud is used to provide services to different stakeholders, make sure to keep their workloads separate and secure. Network Virtualization, a new feature of the Hyper-V role in Windows Server 2012, lets users decouple physical cloud infrastructure from virtual machine networks. Network virtualization also takes much of the pain out of migrating an existing IT infrastructure into the cloud, because it allows virtualized server workloads to keep their current IP addresses instead of reconfiguring everything.

Implementing highly available SAN storage can be prohibitively expensive for many agencies, even though such technology is often considered a requirement for cloud solutions. With the rapidly decreasing cost of multi-terabyte disks, using “just a bunch” of disk storage arrays can be an appealing alternative. But until now, such solutions have been difficult to implement effectively.

Storage Spaces is a new feature of Windows Server 2012 that now allows highly available storage to be implemented in an environment using low-cost commodity disk drives. Storage Spaces allows for the creation of storage pools that can mix and match different kinds of disks, including SATA, SCSI, SAS and USB. It’s possible to then provision virtual disks from the pool that have different levels of resiliency (simple, mirror or parity) and provisioning (thin or fixed). Volumes can then be created and folders shared out, and all can be done either from the new Server Manager or with the Windows PowerShell. The result is low-cost storage that is suitable for the cloud.

Many of the benefits of cloud computing are made possible through automation. This is another area where Windows Server 2012 excels, with the new features and enhancements found in version 3.0 of the Windows PowerShell scripting environment. There are now more than 2,300 cmdlets built into the operating system, which enables automation of the management of virtually every aspect of every server role and feature available. PowerShell jobs, which run in the background asynchronously, are now easier to schedule and manage.

PowerShell workflows allow the creation of long-running management activities based on the Extensible Application Markup Language (XAML). These activities can then be executed in parallel on multiple machines, suspended and restarted, and interrupted or repeated as needed. Persistent user-managed sessions (PSSessions) now allow users to create and save a session on a remote server, disconnect from the server, and let the session continue to execute on it. If needed, it’s even possible to reconnect to the session from a different computer. The new PowerShell Web Access feature also allows the management of virtualized server workloads in a private cloud from anywhere, anytime, with only a web browser and an Internet connection. 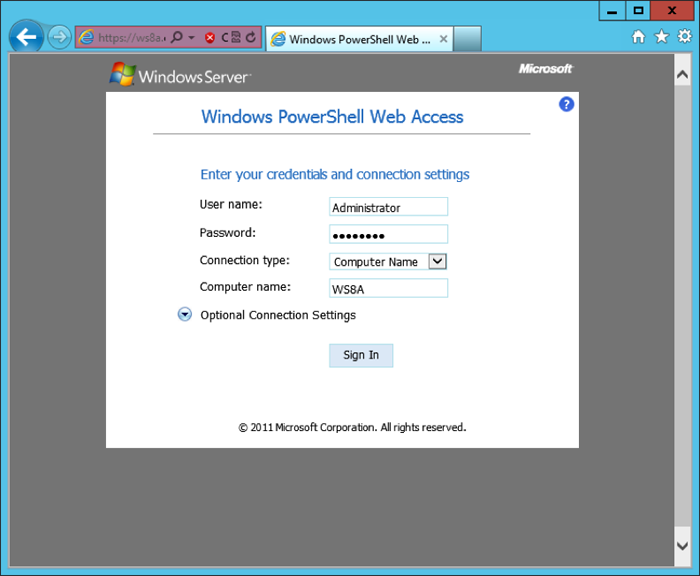 Using resources efficiently is key to keeping costs under control, and Windows Server 2012 includes several improvements in this area that can help with the implementation of a highly available cloud solution. For example, it’s now possible to assign a specific priority to each virtual machine on a Hyper-V host. In a clustered host environment, it’s now possible to control both the start order and the placement of VMs on cluster nodes to ensure that important VMs are always running before others are started. This functionality is also NUMA aware, which means that VMs can automatically be placed on cluster nodes that have the best available memory resources. This results in optimal usage of resources in a private cloud built on Hyper-V and Failover Clustering.

If you are provisioning IT services to different cost centers across your organization, there’s a need to track the resources that each department consumes. This allows staff to more effectively plan for budgeting purposes, and it ensures that each department gets the share of resources it needs to fulfill its function. Windows Server 2012 makes developing chargeback solutions easier by providing a set of PowerShell cmdlets for collecting and reporting on the historical usage of metrics — such as the average processor or memory usage of a virtual machine — and the total inbound or outbound network traffic for a virtual network adapter. For example, the Measure-VM cmdlet can be used to report the resource utilization for a specific virtual machine.

Resource pools also can be created for each resource type (processor, memory, Ethernet or VHD) and used to track resource usage more efficiently.

For more information on Windows Server 2012’s new features and capabilities, check out the Microsoft Server and Cloud Platform portal at http://www.microsoft.com/en-us/server-cloud/.