The Army plans to take mobile unified communications to warfighters in the field this spring with a smartphone-based system that will let squad leaders send messages about what they see on the battlefield and share location information with commanding officers.

The new Nett Warrior system is part of the Army’s Capability Set 13 (CS 13), a communications system that the 10th Mountain Division at Fort Drum, N.Y., will deploy in Afghanistan. As U.S. forces and infrastructure wind down in Afghanistan, it’s become more important than ever for the remaining forces to have superior mobile communications.

Lt. Col. Lawrence Karl, management branch chief for the network integration division of the Brigade Modernization Command at Fort Bliss, Texas, says CS 13 is the culmination of extensive testing, both on and off the battlefield.

Karl says over the past several years, the Army tested smartphones in the field and initially found that the smartphones manufactured roughly two years ago did not stand up well. In addition, setting up cell towers in the field was too cumbersome for personnel.

For the Nett Warrior system, the Army took out the native RF radios in the smartphones and equipped each device with a Rifleman Radio that runs over the Army’s tactical network. Each smartphone is also tethered with a cable to a scanning pad that lets soldiers transmit biometric data for identification purposes.

“If soldiers are in a village suspected of harboring a terrorist, they can take pictures and pull up our databases,” Karl says. “If the picture matches up in our system with a known person of interest, our soldier can take action.”

72%
The percentage of U.S. workers who became remote or mobile by the end of 2012

CS 13 also includes the Warfighter Information Network–Increment 2. For this system, satellite dishes mounted on standard Army trucks deliver the communications backbone needed for commanders at the company level to use notebooks equipped with softphones. The commanders use the softphones to communicate to a tactical operations center or make voice calls to soldiers in the field.

The Army’s efforts to bring unified communications to the battlefield follow a trend among agencies, including NASA, to extend UC technology to mobile devices.

“Smartphones with specialized features can provide UC applications to mobile individuals, including soldiers, enabling them to send and access voice, visual and data communications when needed, from any location, even the battlefield,” says Blair Pleasant, co-founder of UCStrategies.

In one instance, a NASA subject matter expert took an Apple iPhone into the desert to communicate with a middle school class via the DLN. The expert conducted a 30-minute session in which he explained tests NASA was running. The desert tests were part of NASA’s Research and Technology Studies, in which NASA scientists evaluate technology for use on future missions.

“Our people run tests in the desert because with the intense heat, it is a good example of an extreme environment with very few resources,” Long says. “Students can ask questions and view some of the simulated experiments.”

Long says that although it’s possible for students or teachers to view the webcast on a tablet, for now most transmissions run over the DLN into a classroom and are viewed on a large screen with a projector.

1: Figure out the business rules. Silva advises organizations to decide how to direct calls to the correct person well before deployment. For example, he suggests that when a help desk call comes in to customer support, the organization route the call to the next available customer support person with expertise in the area of the problem. An organization can route calls to the best available alternative by coding skills and expertise into staff directories or other knowledge bases. Using UC to improve efficiency quickly becomes as much a human capital issue as a tech one.

2: Make critical infrastructure decisions. Many organizations need to upgrade their infrastructures to support UC features such as the capability to locate users. In many cases, standard Wi-Fi networks designed for data access don’t provide the granularity of detail needed for such location services, so organizations should add more density to the Wi-Fi network and deploy a location server to route calls properly.

3: Train the staff. Create awareness across the staff of what UC technology can do and the appropriate uses for it.

4: Choose the right partner. Different providers — from giant IT corporations to smaller firms — offer a variety of options and price points. Research what’s available to find the best fit. 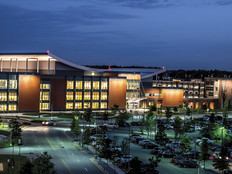 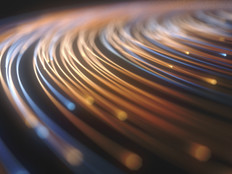