The public cloud presents a cost-effective way for small agencies to overhaul their IT infrastructures, says André Mendes.

Migrating an agency’s IT services to the cloud is rarely an easy decision — unless an agency is facing what the Broadcasting Board of Governors faced three years ago.

“From an IT standpoint, it was an anachronistic, backwards, 1990s environment,” says André Mendes, director of the Office of Technology, Services and Innovation, who joined the agency in 2010. “Totally insular and unsustainable.”

Among its dinosaurs was a legacy email system that couldn’t communicate with the agency’s deployment of BlackBerry mobile devices. The BBG’s patchwork solution at the time? To forward email from its antiquated servers to an email service, from which BlackBerry users would download their messages via standard Post Office Protocol.

But rather than rip and replace its email servers, Mendes oversaw the BBG’s migration of email and other applications to Microsoft Office 365, a multitenant public-cloud service. “For smaller government agencies that have been unable to keep up with advances in information technology, the public cloud presents a cost-effective way to overhaul their infrastructures,” he says.

According to analysts, the majority of services that federal agencies port to the cloud — at least in the short term — are ported to private clouds, in part because of a need to ensure information security while improving data center efficiency. But as public-cloud services such as Office 365 prove themselves trustworthy, they’re attracting users who see the public cloud as an opportunity to accomplish numerous objectives.

The BBG is responsible for U.S. government and government-sponsored international broadcast networks, including Voice of America and Radio Free Europe/Radio Liberty. For Mendes, the objectives were to modernize the agency’s infrastructure while introducing a means of ensuring continuity of operations.

The BBG contracted for 3,000 seat licenses of Office 365. It moved email services to the cloud over a year ago and has since begun introducing other Office 365 cloud services, including SharePoint Online and Lync Online voicemail and unified communications. Mendes says the agency is also moving to Microsoft Dynamics Customer Relationship Management Online, which it will use in conjunction with Office 365.

The upside? Again, no new servers. In fact, Mendes says he’s already retired 200 servers, which is good because the BBG is in no position to operate a large IT staff to maintain them. “We’re moving as aggressively as we can to the cloud because in this era of tight budgets, with every person who retires, we’re not hiring at the same level,” he says.

The Federal Maritime Commission, an independent agency that regulates the U.S. international ocean transportation system, is going through a similar transition to a public-cloud suite that’s been authorized by the General Services Administration for federal use. Like the BBG, the FMC was motivated primarily by infrastructure and COOP issues rather than cost.

“An agency’s size can determine whether or not it sees a real cost savings from moving to the cloud,” says FMC Director of IT Brian Parker. “If you’re small enough, you can make the argument that cost isn’t the primary driver. Access to and availability of agency data are also high-priority considerations.”

"By moving services to the cloud, we don’t have to worry about them from a disaster recovery standpoint."

Last year, the Washington, D.C., area experienced multiple weather-related power outages. “We’re a small agency with a small budget,” Parker explains. “There weren’t a lot of funds for full backup sites and disaster recovery. When power went out to our headquarters for a few days, we were without almost all IT services.”

The agency therefore made the decision to move its 130 users to the public cloud — beginning, as many agencies do, with email.

“I hesitate to say email is the easiest because it depends on what an agency uses email for and how it ties to their back-end systems,” explains Shawn McCarthy, research director at IDC Government Insights. “That said, for most users, email is one of the easiest systems to move. And for the most part, people are happy. Are they as happy as they were with an email server down the hall? No, but to get that other 5 percent of happiness, it’s probably not worth spending three times more.”

For its part, the FMC is paying approxi­mately $6 per month, per user, for its public-cloud services, which also include office productivity, chat and voice applications. The IT staff continues to use its legacy Active Directory to manage network accounts, which then synchronizes with the cloud-based systems via a server plug-in.

“That provides a degree of comfort to my IT staff by keeping them in an environment they’re familiar with for general account management and network access,” Parker says.

Although some agencies may not see dramatic cost savings from the public cloud, others do. “On every one of our cloud initiatives, we’re saving significant money or avoiding significant cost,” says Joseph Klimavicz, CIO of the National Oceanic and Atmospheric ­Administration. NOAA has 25,000 public-cloud email licenses, under a three-year, $11.5 million contract that ­Klimavicz says will probably end up costing less.

The agency also runs emergency notification and Voice over IP systems in the public cloud. It licenses 3,000 seats of help desk software as a service, as well as 2,500 seats of Fiberlink’s MaaS360 mobile device management.

Although not all of NOAA’s cloud initiatives are of the public variety, Klimavicz says, “We want to try and go to the public cloud when we can because that’s where the greatest economies of scale are.”

The number of cloud companies or services under review by FedRAMP, as of February

For every federal agency that migrates services to a public cloud, security is a primary concern. The fact that neither the BBG nor the FMC handles classified information gave them the confidence to move forward. Still, both agencies, as well as NOAA, needed to ensure that their cloud solutions met the requirements of the Federal Information Security Management Act. The BBG became the first agency to accredit Microsoft Office 365 under FISMA. The provider now maintains FISMA documentation that potential government customers can review as they consider cloud services.

Klimavicz says that, as important as security is, an acceptable service-level agreement is also crucial. “The terms-of-service agreements need to be negotiated up front, before you do the award,” he says. “In all these solutions, you need to spend appropriate time getting your agency-specific concerns addressed before you sign a contract. The government cannot accept some terms-of-service clauses — many are related to privacy — so we just need to work through those early.”

Mendes says the BBG’s SLA with Microsoft calls for 99.9 percent availability, “which is better than anything I could do here, especially when it comes to disaster recovery.”

He recommends that agencies exploring their public-cloud options look at what agencies before them have done.

“We knew Office 365 had certifications and that an agency larger than ours had already migrated,” he says. “We used the Wendy’s model for market evaluation. You basically find a McDonald’s and put your restaurant on the other side of the street. You know McDonald’s spent the money to evaluate the market, and if it’s good enough for them, it’s good enough for me.”

As of March 1, only two cloud service providers have received authorization by the Federal Risk and Authorization Management Program (FedRAMP), which authorizes providers for use governmentwide. Neither is named Microsoft — yet Microsoft public-cloud services are increasingly used by federal agencies.

That’s not to say that Microsoft Office 365 hasn’t gone through strict evaluations in accordance with the Federal Information Security Management Act. Individual agencies have evaluated cloud services for FISMA compliance and authorized their use. The Broadcasting Board of Governors went through the process for Microsoft Office 365.

“FedRAMP is still getting its legs,” says Greg Wilshusen, director of information security issues at the Government Accountability Office. Wilshusen says the GAO has been assigned by the Senate Committee on Homeland Security and Governmental Affairs to investigate the implementation of FedRAMP later this year. “How are they doing? We don’t know yet. Security control over personnel is a big part of FedRAMP.”

Other questions regarding agencies and cloud services may only be answered over time. Wilshusen wonders, for example, “Will all this be as cost-efficient as advertised?” 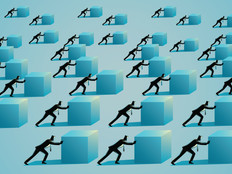