Google and NASA are joining forces to operate a laboratory that will feature a quantum computer to explore how quantum physics could enrich machine learning. Google and the Universities Space Research Association, a nonprofit corporation that works very closely with NASA, purchased the computer, which will be housed in the Ames Research Center at Moffett Field in California.

Before exploring the vested interests of each of the organizations involved, a very brief overview of quantum computing is in order. NBC News offers this overview:

Classical computers, which use networks of millions of tiny electrical switches (transistors) to perform mathematical calculations, rely on ones and zeroes — bits — as their most basic elements. But quantum computers operate on completely different and more flexible rules. Instead of binary bits, they use quantum bits, or "qubits," which can represent ones and zeroes at the same time. It's no simple task to make them work, but they excel in some areas that digital computers fail.

Google uses the basic example of finding the lowest point of ground on a virtual surface of hills and valleys. Traditional computing starts at a spot and searches progressively and systematically: Is it here? How about here? This can be a slow process, and unless you have unlimited time and patience, you may have to be satisfied with a "good-enough" answer — after all, a new, deeper valley might turn up after a few more calculations.

Quantum computers could conduct a search of that sort much more efficiently, because they could consider multiple values simultaneously.

While their work focuses mostly on space, NASA’s specialty — aerospace — includes the environment within our atmosphere. Space research and exploration require the organization and optimization of enormous amounts of data from inside and outside the earth’s atmosphere. Quantum computing is nothing new to NASA, but the new project will help identify ways that machine learning can improve agency operations. According to Google, the benefits of quantum computing research could be hugely beneficial to NASA:

NASA is one of the most technologically advanced organizations in the world, and the agency’s participation in this exercise is exciting for the future of space exploration.

Perhaps the question to ask is why wouldn’t Google be interested in quantum computing? The search-engine company seems to be interested in all kinds of advanced technology and has its hands in social networking, wearable tech, email and now quantum computing. Google’s projects are all similar, in that they are powered by the company’s massive infrastructure of data centers. According to a blog post about the new lab, Google plans to use quantum computing “to better understand spoken questions.” This technology would apply not only to their search engine but also to mobile apps such as Google Now and Google Maps. Despite the recent announcement, Google has already gotten started:

We’ve already developed some quantum machine learning algorithms. One produces very compact, efficient recognizers -- very useful when you’re short on power, as on a mobile device. Another can handle highly polluted training data, where a high percentage of the examples are mislabeled, as they often are in the real world. And we’ve learned some useful principles: e.g., you get the best results not with pure quantum computing, but by mixing quantum and classical computing.

What problems would you like to see Google and NASA solve with their new quantum computing lab? 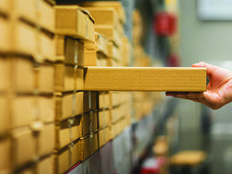 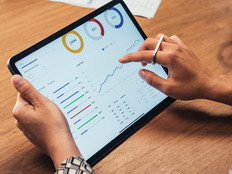 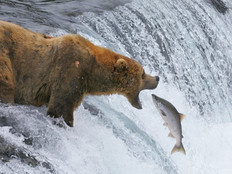