Anil Karmel of @nnsanews: "We have to change the paradigm in which we deliver IT services." #MOC2013 twitter.com/FedTechMagazin…

The need for innovation in federal IT is straightforward, says Anil Karmel, deputy chief technology officer at the National Nuclear Security Administration. “Because we have changed the way we work, we need to change the way we deliver IT,” he says.

But defining innovation is not so easy. IT and other executive leaders from across government came together this week at the 2013 Management of Change conference in Cambridge, Md., to discuss both how to define the term and, more important, how to achieve innovation.

The government’s challenge is to deliver better services with less budget. In short, the question is, “How can tax dollars be used in the most efficient manner possible?” It’s not an enviable task, but government leaders are facing the challenge head on.

The emergence of service-based technology, such as cloud computing, and the incredible growth of mobility have put federal CIOs in a difficult position. On one hand, they have more tools at their disposal than ever before but on the other, the expectations are higher.

However, as Karmel explained in the “Fifty Shades of Innovation — Going Beyond Technology” panel, innovation is as much about people, processes and culture as it is about technology. To Karmel, innovation is the act of turning ideas into deliverables, but for that to happen, stakeholders must be satisfied and budgets must be met. It’s an age-old challenge in government that is being accentuated by technology.

Kirit Amin, CTO and deputy CIO of the Commerce Department, challenged the notion that budget is a challenge for federal agencies. “If we don’t change, then we have a budget constraint. If we innovate, we don’t have constraints, we have priorities.”

"If we innovate, we don’t have constraints, we have priorities."

The Commerce Department’s strategic plan — currently outlined through 2016 — puts a strong emphasis on innovation. Amin noted that an intranet site was launched, allowing employees to post ideas for the department’s future. “We were flooded with comments,” said Amin.

The future of government is changing, and nearly every speaker at the conference agreed that the government is going to need to invest to succeed — and hopefully excel — with smaller budgets. Maintaining a balance between creativity and risk will be key in delivering optimal services in the future.

Check out videos, photos and articles from the 2013 Management of Change conference here. 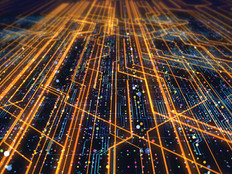 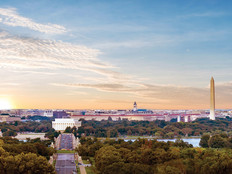