As its customer base grows, USDA’s NITC sees operational efficiencies and lower costs, which the center passes on to its clients, Director James Steven says.

Move over, Amazon Web Services, Lockheed Martin and other commercial cloud service providers. The Agriculture Department's National IT Center (NITC) wants a piece of the federal cloud business too. Last summer, NITC became the first federal cloud provider to be certified by the Federal Risk and Authorization Management Program (FedRAMP) to provide cloud services to other federal agencies. And it won't be the last.

"The cost factor is very compelling. With the pressure on our ever-reduced budgets, we as a government have to look at options like sharing cloud services," says James Steven, NITC's director and acting associate CIO of data center operations.

Shared cloud services address two prominent federal government initiatives: Cloud First, which requires agencies to prioritize cloud services, and the Federal IT Shared Services Strategy, which aims to reduce duplication and waste and save money by encouraging agencies to share IT services.

"This is an area where we are seeing some overlap," says Deltek senior analyst Kyra Fussell, who focuses on the federal government. "There is a lot of motivation to use shared services wherever possible and provide standardized or common IT solutions for business systems to lower costs."

The federal government makes shared services available in two ways: An agency either builds enterprise services for its internal organizations or offers them to outside agencies. The USDA's NITC does both.

Launched in 1962, NITC initially provided data center services to only USDA agencies. But in 1988, it began offering managed hosting services to other federal customers. In 2009, NITC launched privately hosted Infrastructure as a Service (IaaS), such as virtual servers, storage and data backup and archiving; and Platform as a Service, including web content management and application and portal server platforms. NITC standardizes on VMware virtualization software and provides virtual servers running Linux, Windows, Solaris and AIX operating systems.

For the USDA, shared cloud services means shared savings. NITC doesn't receive any funds from Congress; its operating budget comes from its customers. And as its customer base grows, it creates operational efficiencies and lowers costs, which it passes on to its clients, Steven says.

"We want to attract additional business because it drives economies of scale and lowers our rates across the board for our customers," says Steven, who also plans to market NITC's cloud services to state and local governments. "In the end, USDA agencies all benefit by us growing our business."

Since 2009, for example, customer growth has allowed NITC to lower the price of virtual servers by 30 percent and cloud storage by 35 percent.

Today, NITC's cloud customers include nearly every USDA agency and office, plus a growing list of federal agencies, including the Homeland Security and Labor departments, as well as the Federal Aviation Administration. The Defense Department has used the NITC cloud for several one-off applications, Steven says.

The NITC pursued FedRAMP certification — proving that it meets baseline cloud security requirements — so it could market its wares to other federal agencies. The government is requiring that all cloud services used by agencies meet FedRAMP requirements by June 2014. Steven doesn't consider commercial cloud providers to be direct competitors because of NITC's niche client base.Nevertheless, he believes he provides competitive offerings at competitive prices. He also believes NITC has a competitive edge because it's a federal agency.

"We provide a level of comfort because we're also federal. There's that level of trust," he says. Not only does NITC understand intimately the needs of other federal agencies, but it's easier to purchase NITC's services because the contracting process is more streamlined than going through a commercial provider, Steven says.

In general, for shared cloud services to work, agencies must sign not only contracts that detail financial terms, but also service-level agreements (SLAs) spelling out everything from security policies to communication protocols, should any problems arise. NITC's cloud works the same way. NITC signs an Interagency Memorandum of Understanding with each client, which details service targets. It promises 99.99 percent availability and provides customers with a 24/7 service desk. Contracts are for one year and require a 60-day notice to terminate services.

To ensure good customer service, each customer is assigned an account manager, whose primary role is to negotiate agreements, discuss clients' future requirements and help troubleshoot when necessary, Steven says. It's also important for IT security personnel from both agencies to hash out policies. The USDA Risk Management Framework is based on the FISMA requirements of the National Institute of Standards and Technology (NIST). But every agency operates differently, so it's important to work through those issues, Steven says.

At the Defense Information Systems Agency (DISA), providing cloud email services got off to a rocky start. The agency began rolling out its cloud-based Microsoft Exchange email system to the Army in early 2011. The project endured delays and user complaints, but DISA completed its deployment to 1.62 million Army users in August 2013. The rollout has been so successful that Defense Department CIO Teri Takai has mandated its use by all military services and agencies.

In December, DISA migrated the Pentagon and Air Force headquarters and will be transitioning the rest of the Air Force to its email cloud soon. Others, including the Navy and Marine Corps, must migrate by 2015.

The Army estimates it saved $76 million in the first year by moving its email system to DISA's cloud, and expects a total savings of $380 million over five years. "It allows organizations to move capabilities to a shared-service provider and reallocate their internal resources to their mission," says John Hale, DISA's chief of enterprise applications.

The solution is cost-effective, in part because of the standardized way DISA deployed the email system, which it calls Department of Defense Enterprise Email. It's a private cloud, built with commercial, commodity-based equipment, Hale says.

DISA uses a preconfigured set of servers, storage hardware, databases and load balancers that fit in two or three racks and provide email services for 125,000 users. The agency refers to these preconfigured systems as "pods" and has installed 14 worldwide for unclassified email and nine for classified email. 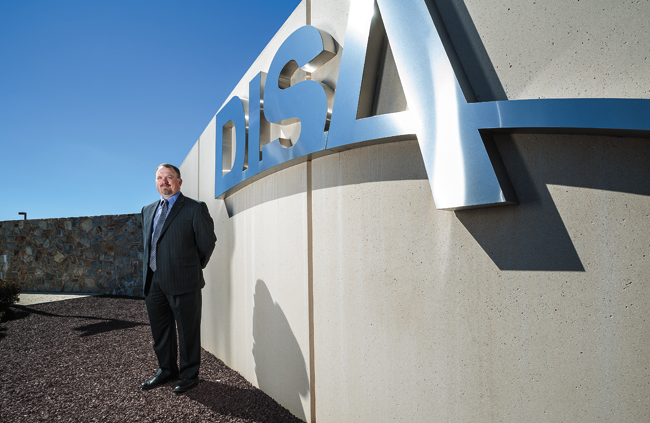 Getting started in sharing private-cloud services isn't always easy, DISA's John Hale says, but the rewards are worth it.
Photo by Brad Howell

For its part, DISA doesn't own the equipment but relies on third-partycontractors who are responsible for servers, storage and the networking equipment. DISA, however, configures and manages the email system, Hale says.

"We don't deploy individual servers and storage. If we reach a point where we need to support more users and add more capacity, we will drop in another pod," Hale says. "Our cookie-cutter approach allows us to keep costs down. Every pod looks the same as every other pod."

DISA and its military customers sign SLAs, which detail the services DISA will provide and the metrics it is obligated to meet, such as 99.9 percent availability and no email outage that lasts longer than seven minutes, Hale says. "Since going live, we've maintained 99.997 percent uptime. We've been exceeding expectations from day one," he says.

DISA has been approached by non-DOD agencies about using its cloud email service, but no decisions have been made. That said, DISA has shared with agencies how it built its email cloud so they can duplicate its efforts, Hale says.

"It was daunting for individual agencies to handle, so we came up with the idea of creating a shared service — or broker — to do this," says Naomi Lefkovitz, a NIST senior privacy policy adviser, who helped lead the FCCX effort.

The USPS will serve as the broker, sitting between different credential providers and federal agencies. "In essence, what the broker does is pretty much what a mail carrier does," Lefkovitz says. "They transfer a message from the credential service provider to the agency that these people are who they say they are."

One of the advantages of creating FCCX as a shared cloud service is scalability, Lefkovitz says. "If there's a surge in demand, such as tax time for the IRS, you can expand and contract resources as needed."

The pilot, which will run for a year, will engage a small population of citizens and include three to six agencies, including the Veterans Affairs Department. The pilot will not only serve to test system security, but will also gauge whether citizens and agencies find it useful, Lefkovitz says.

Chances are, they will. DISA's Hale says that overall, sharing private-cloud services is a good solution for the federal government.

"For agencies, the hardest part is taking the first step. They are giving up control to get better functionality and cost-effectiveness," he says. "But once organizations go down that road, the benefits they garner are huge."

Taking the Measure of Cloud Providers

The Transportation Department's Enterprise Services Center (ESC) has become the first federal agency to be accredited as a third-party assessment organization (3PAO) for FedRAMP.

FedRAMP is the interagency effort that requires cloud providers to meet baseline security controls in order to offer cloud services to other agencies. Cloud service providers who want to become certified by FedRAMP must hire a 3PAO, such as the ESC, to independently assess and verify that they meet FedRAMP's security requirements.

"The assessments we do are all NIST-based, and FedRAMP is all NIST-based, so it's a logical fit for what we do," Kemp says. "What a 3PAO is, is what we've always been doing for many years."

The Agriculture Department's National IT Center (NITC) is expanding its portfolio of cloud offerings. During the first quarter of 2014, it is launching an Infrastructure as a Service (IaaS) offering based on OpenStack.

NITC's new IaaS will feature software-defined networking capabilities and give customers more flexibility in application development, says James Steven, director and acting associate CIO of data center operations at NITC. The service allows users themselves to spin up servers and carve out virtual firewalls and routers, instead of having to open a ticket and asking NITC staffers to open ports on physical devices.

"[Users] can manipulate those devices themselves," Steven says. "It will be a lower-cost offering and gives them the flexibility they've desired."

By the end of March, NITC will also launch a new online customer portal, providing users with a one-stop shop for their needs. They can check system status, sign up for new services, look at utilization levels, access financial agreements and — for the first time — initiate help desk tickets online. 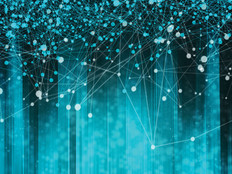