The government may never know exactly how much money it has saved from consolidating thousands of data centers because most agencies are reporting estimated savings and cost avoidance data to the Office of Management and Budget.

Of the 24 agencies participating in the Federal Data Center Consolidation Initiative, only three are reporting actual savings, according to a recent Government Accountability Office (GAO) report. So far, 19 agencies collectively reported achieving an estimated $1.1 billion in cost savings and avoidances between fiscal years 2011 and 2013.

However, one challenge participating agencies, such as the the General Services Administration (GSA) and Interior Department, have is figuring out how much they have saved by reducing power usage across their data centers.

OMB set four high-level goals for FDCCI. One requires agencies to reduce the cost of data center hardware, software and operations. “Since launching FDCCI in 2010, achieving cost savings has been a primary goal of the initiative,” GAO explained. This excerpt from the GAO report highlights the variations and challenges of tracking data center savings in a consistent way.

As examples, GSA estimated its savings using the department’s total cost of ownership model; the Department of the Interior (Interior) used post- consolidation forms collected from its component bureaus and offices to estimate cost savings related to areas such as rent, utilities, and personnel after a consolidation activity was completed; and Treasury estimated savings resulting from reductions in the percentage of IT infrastructure investment spending as compared to total IT spending over time.

Though most of the data are estimated, the report doesn’t dispute that agencies have saved money under FDCCI. In fact, GAO believes agencies are underreporting their planned savings between 2012 and 2015 by about $2.2 billion.

The good news is agencies plan to save $3.3 billion by 2015, which exceeds OMB’s initial goal of achieving $3 billion in cost savings over the same period. Data from the report show the evolution of FDCCI statistics over the years.

9,658 Number of agency data centers identified by GAO as of May 2014
$1.1 billion Estimated data center savings and cost avoidance between 2011 and 2013
$3 billion OMB’s projection for governmentwide data center savings by 2015
$3.3 billion Agencies’ planned savings by 2015
4,096 Number of data centers agencies plan to close by 2015 and beyond
$5.3 billion Projected savings and cost avoidance from data center consolidation from 2011 to 2017
5% Server utilization rates reported by OMB in 2009
60–70% Target server utilization rate set by OMB
tigger11th/thinkstock 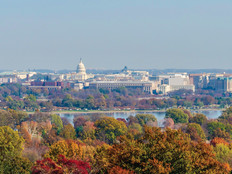