Most federal agencies won’t solve their technology issues overnight, but taking decisive action to address them is the only way to bring about their eventual resolution. A recent report from the Department of Homeland Security’s (DHS) inspector general identified areas of inefficiency that the agency could correct. Now DHS is setting up a new digital services team that will upgrade the federal government’s IT practices.

We’ll be taking the model the U.S. Digital Service has been using for the past year and making it a core part of how DHS does business. We’ll be expanding our work to modernize the immigration system as well as taking on new challenges across DHS’s critical missions — everything from facilitating international trade to responding to disasters to improving the federal government’s information security practices.

USDS was tasked with cleaning up the fallout from HealthCare.gov’s launch. And Nextgov reports that among the new DHS team’s first assignments will be carrying on the work that the White House team had been doing with the U.S. Citizenship and Immigration Services to update the process for immigration applications. Nextgov adds that giving the online process an application-monitoring feature and moving the immigration agency’s services to a public cloud were among USDS’ responsibilities.

Included in the Obama administration’s fiscal 2016 budget was a request for $105 million to establish digital services teams in the 25 largest federal agencies. Aside from DHS, the Defense Department, the Department of Veteran Affairs and the Environmental Protection Agency are in the process of founding such teams. 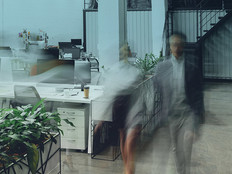