U.S. Customs and Border Protection (CPB) started using facial recognition technology at John F. Kennedy International Airport to determine if passengers entering the United States are fraudulently using valid passports. Following last year’s pilot of the technology, CPB plans to roll out the technology to all U.S. airports that are ports of entry.

CPB, an agency within the Department of Homeland Security (DHS), said in a Jan. 19 statement that it started using the technology that day at JFK Airport to “help verify a traveler entering the United States matches the passport presented. The initial deployment will apply to some first-time Visa Waiver Program (VWP) travelers and returning U.S. citizens with e-Passports.” The VWP allows citizens of certain U.S. allies to travel to the U.S. without a visa.

Previously called “1:1 Facial Air Entry Pilot,” the program is now called the “1-to-1 Facial Comparison Project,” DHS said in a privacy disclosure on Jan. 14. CBP piloted the facial recognition technology at Washington Dulles International Airport from March 2015 to May 2015.

“CBP continues to provide innovative technologies to enhance homeland security while facilitating international travel,” CPB Commissioner R. Gil Kerlikowske said in the statement. “This biometric capability will aid our officers in identifying legitimate travelers while protecting them from fraud and identity theft with little to no delay to the entry process. CBP continues to implement technologies that benefit both national security and the traveler.”

In the privacy disclosure, DHS explains how the facial recognition technology will work when a person tries to enter the country through a CPB checkpoint at an airport. “When a traveler presents themselves for primary inspection at a booth equipped with facial comparison technology, the [CBP officer] takes a photograph of the person presenting the e-Passport and compares it to the image contained in the e-Passport chip using the facial comparison system. The software generates a match confidence score (scale 0-100) indicating the likelihood of a match between the two photographs.”

U.S. citizens returning to the country and first-time visitors aged 18 and older from the 38 countries that are on the U.S. visa-waiver list will be required to have their photos taken.

DHS says that any photos taken as part of the process “will not be retained if the inspection does not result in an enforcement or administrative action (an action that negatively impacts a traveler’s ability to enter the United States in a lawful status).”

DHS is targeting travelers from visa-waiver countries because it “has identified an appreciable risk of passport and identity fraud among this population of travelers,” according to the privacy disclosure.

FCW reports that the VWP “has come under fire for gaps that could potentially allow unwanted or dangerous people into the U.S. Lawmakers have called for biometric identification capabilities to be added to the program to help verify identities of program participants.”

A CBP spokeswoman told The Washington Times that the technology will be used full time at Dulles Airport starting in February. It’s unclear when the facial recognition program will expand to other airports.

CBP will begin an “incremental deployment” of the technology, and there “is no end date to the deployments,” DHS says. 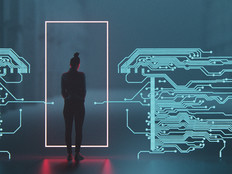