Industry groups representing software firms that work with the federal government are seeking more information on how proposed federal rules for software purchases would affect their businesses.

As FedTech recently reported, the Office of Management and Budget last month released draft guidelines on how federal agencies should purchase and manage software licenses. The guidelines are part of an effort to streamline and coordinate software purchases across the federal government.

The guidelines are designed to spark a more centralized approach to how software is managed at agencies and also spur agencies to secure software contracts that can be applied throughout the entire federal government, which would save money by avoiding redundant software purchases.

However, this change in strategy has industry groups puzzling over what it will mean for future software purchases, especially for specialized software needed by specific departments, FedScoop reports.

"Industry has a couple of questions frankly about how some of this might work," Trey Hodgkins, senior vice president for the public sector at the Information Technology Industry Council, told FedScoop. The ITI is a trade group that represents many software firms and technology vendors that do business with the federal government,.

Anne Rung, federal chief acquisition officer, and federal CIO Tony Scott noted in a White House blog post on Dec. 21 that “each year the U.S. government spends more than $9 billion on software through more than 50,000 transactions, which results in a fragmented and inefficient marketplace.”

As FedScoop reports, the new guidelines were spurred by “a section of the Federal IT Acquisition Reform Act, or FITARA, that requires agencies to take better control of their spending on software and reduce duplicative licensing.” The goal is to reduce the number of contract vehicles the federal government uses for software purchases. But this may not be good for software retailers’ bottom line.

"The downside is that not all my customers may go to those [contractual] vehicles, so now I have customers looking for my product and I haven’t got it in a place where they’re looking for it or where it can be readily acquired," Hodgkins told FedScoop.

The guidelines, the draft of which industry professionals must submit comments by Jan. 20, may "close off their opportunities to sell products," Hodgkins told FedScoop, referring to a concern of ITI members. He added that the council will submit comments on the rules in the near future.

“One reason you see this multitude of vehicles in the federal government is because you have different customers with different needs,” Hodgkins explained to the publication. Under the new rules, though, in which there would be fewer contracts, "if you have a product, and it ends up not offered on one of those vehicles and you can’t clearly identify how to get it on one of those vehicles, then you’re just out of the market," he said.

Alan Chvotkin, executive vice president and counsel at the Professional Services Council, which also represents federal software vendors, told FedScoop that federal agencies might not get software that is tailored to their needs.

“Those kinds of ‘thou shall nots’ tend to be harsh," he said. "The federal government is very big and very diverse.”

Goal Is to Reduce Unnecessary Purchases

One early example of the kind of software licensing the guidelines envision is the General Services Administration's recent decision to use a single governmentwide contracting vehicle for all software the government buys from Esri, FedScoop notes.

Jeff Peters, director of global national government sales at Esri, thinks the new rules will still afford software vendors enough flexibility. “I think there’s always going to be custom-built software ... there [are] always going to be people who need more than what the specification outlines," Peters told FedScoop. "It’s not an ‘or,’ it’s an ‘and.’"

Peters points out that many contracts across the government do not need to be niche or unique and that FITARA “has the potential to at least start to help" reduce wasteful government spending.

"Where the capability meets the mission requirement, this is the best value for government," Peters told FedScoop. "And there are going to be systems that are very custom and very specific to some things. Those systems are going to exist just like they do today. But if you think of everything as a one-off custom build, you’re never going to get there.” 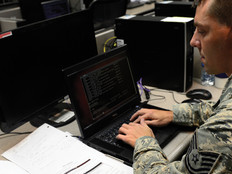 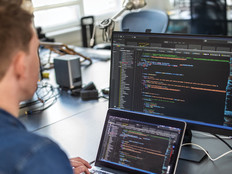 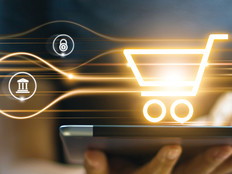