The U.S. Digital Service (USDS), the expert team of digital fix-it wizards that the White House stood up to repair HealthCare.gov in 2014, might not last after the Obama administration ends a little less than a year from now, according to an administration official in charge of digital engagement.

The USDS — a group of engineers, designers, writers, product managers, researchers and procurement experts that is focused on enhancing the delivery of federal services through digital technology — has been one of the clearest examples of how the Obama administration has changed the federal government’s approach to IT.

The effort has focused on luring engineers and IT managers from Silicon Valley to the federal government to take part in public service — and bring their skill sets and technical expertise to federal IT settings.

In a Jan. 18 post on LinkedIn, Mike Kruger, deputy director of public affairs and director of digital engagement at the U.S. Department of Commerce, wrote that the USDS is one of the administration’s “real achievements” and that “elevating digital to a White House post raised the importance of doing digital well in a way that nothing else could.”

Yet Kruger thinks the USDS’s future is bleak, in large part because the next occupant of the Oval Office might not champion it.

The End of an Era

“Sadly, I see USDS being archived with much of the rest of the Obama Administration,” Kruger wrote. “No candidate for president has spoken about it and with such a strong Obama fingerprint, it won’t be in the next administration’s best interest to keep it. Plus Congress hasn’t been too excited about funding it.”

The USDS has been involved in several projects aside from fixing HealthCare.gov. One current project is aiming to improve and simplify the delivery of programs and services the Department of Veterans Affairs provides to veterans and their families. “Working with leaders at the VA, a new team made of digital service experts is redesigning tools that Veterans use to interact with the VA,” the USDS notes on its website. “From a simple and easy-to-navigate VA website to an improved benefits claims experience, we are working toward a more efficient and effective VA that delivers more for America’s Veterans.”

The DHS team worked with the U.S. Citizenship and Immigration Services (USCIS) to streamline the immigration process as well as improve educational materials about distribution of benefits. “By taking a user-centered view of the entire lifecycle, we are building and delivering tools that speak to the immigrant experience, such as myUSCIS,” USDS states.

Despite Kruger’s pessimism about the future of the USDS, he doesn’t think all hope is lost. He believes the spirit of USDS will live on in a separate organization known as 18F, which resides inside the General Services Administration (GSA) and was created in March 2014.

Named for the intersection of the streets (18th and F Streets) at GSA headquarters in Washington, D.C., 18F is composed of designers, developers and products specialists within GSA and serves as “a civic consultancy for the government, inside the government, enabling agencies to rapidly deploy tools and services that are easy to operate, cost efficient and reusable,” according to the 18F website.

18F helped launch analytics.usa.gov, which tracks analytics for websites with the .gov domain. Additionally, 18F took part in the launch of collegescorecard.ed.gov, which aims to “provide the clearest, most accessible, and most reliable national data on college cost, graduation, debt and post-college earnings.”

“18F will hang around,” Kruger wrote. “Their business model requires it. I predict they will suffer in 2016 with staff recruitment as the end of the administration produces all kinds of unknowns for potential employees.”

Kruger doesn’t think anyone in the current crop of presidential candidates appeals to Silicon Valley the way President Barack Obama did, but “the work 18F is doing is important and after the election, they will have plenty to keep them busy.” 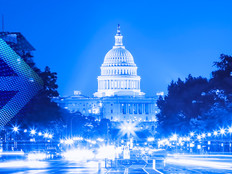