The Obama administration wants the federal government to do more to foster the development of smart cities technologies.

Last September, the administration announced a plan to invest $160 million in smart cities research and work with private industry on deployments. Now, outlined in its report “Technology and the Future of Cities,” the President’s Council of Advisors on Science and Technology wants to expand upon those efforts and calls for the federal government to “take a more integrated approach to supporting new technologies that can improve the lives of people in cities.”

The report says that federal agencies should coordinate with each other to support such projects in “districts,” or parts of cities.

A Call for Coordination with Cities

The report’s top recommendation is for Commerce Department Secretary Penny Pritzker to work with the heads of the departments of Housing and Urban Development, Energy, and Transportation to work with other agencies to launch the “Cities Innovation Technology Investment Initiative (CITII),” to spur, manage and support smart cities projects.

The report calls on the Commerce Department to lead an effort to draft “an initial blueprint for how U.S. agencies can foster systemic innovation across many dimensions of cities” by the end of 2016. The CITII should also emulate the model of the Department of Transportation’s Smart Cities Challenge and “fund five districts with funding in the range of $30-40 million each, from existing sources in its constituent agencies, with at least two of the districts in low-income communities.”

The advisers also recommend that the administration seeks legislation to get financing for smart cities deployments. As part of that effort, the report calls on the Treasury Department to create an incubator to foster those efforts on a local level. The incubator “would require an initial appropriation of $10 billion, which would allow for the financing of at least $100 billion of infrastructure-retooling projects.”

The advisers think this incubator, formally known as the Advanced Technology Infrastructure Incubator Program, would offer loans to state and local governments, private companies and nonprofits that are working on smart cities programs.

Jesse Berst, the founding chairman of the Smart Cities Council, a group that works with technology and telecommunications firms to promote smart cities development, criticizes the report in a blog post. However, despite his criticism, he believes the report underscores the opportunity that exists in the smart cities market.

“It says to cities that this topic matters, that this is the path to a better future,” Berst says. “And it says to the federal government that it needs to provide organized, coordinated support.”

Berst says that readers of the report should focus on its conclusions, not its “shoddy, inaccurate and incomplete findings.” He notes that the report fails to touch key smart cities topics like public safety, as well as smart street lighting and parking.

Additionally, Berst cautions against the report’s recommendation to start small in just parts of cities.

“Yes, it's often advisable to begin with one or two neighborhoods. But before you start small, you must first think big,” he says. “You must design your initial neighborhood pilots so their systems can eventually be expanded and shared with the rest of the city. If you adopt the gradual, one-at-a-time, every-neighborhood-for-itself approach implied by this report, it will take decades to complete. Even worse, each neighborhood will be its own island of incompatible technologies and hard-to-share data.”

Finally, he says cities should work on small projects if they can’t adopt large-scale programs and should focus on their most urgent priorities.

“Support from the federal government could come either from incentives that encourage private investment or through loans that result in Urban Development Districts, particularly in low-income or otherwise disadvantaged areas,” he says. “But even these smaller-scale projects must be driven by a citywide vision. Otherwise, you’ll end up with disjointed, less connected neighborhoods.” 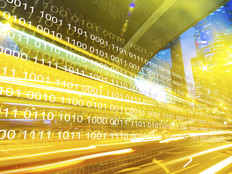