Wireless spectrum is often described as the lifeblood of the mobile ecosystem, and it is also often compared to oil — a scarce resource. As the federal government pushes agencies to share their spectrum with commercial wireless users, the Navy and Marine Corps are looking for technologies that will allow them to maximize the usefulness of their existing spectrum holdings.

The service branches are also contemplating how a more contested spectrum environment will impact their mission and capabilities on the battlefield. The airwaves that allow for the transmission of mobile data are going to become more critical than ever as the armed forces and other federal agencies deploy more mobile devices and sensors in the field.

“I believe in many cases we assumed it to be like air — that it’s always going to be there,” Navy CIO Rob Foster said, regarding the service’s philosophy on spectrum, according to FedScoop.

The opportunity around spectrum, Foster said, is “ripe” for any firm selling “technology to help us operate in a very, very, very limited space.”

Operating in a Constrained Environment

In the summer of 2010, President Obama directed the National Telecommunications and Information Administration, the Commerce Department agency that manages federal spectrum holdings, to collaborate with the Federal Communications Commission to free up spectrum for mobile broadband. The commercial wireless industry has been clamoring for more airwaves and urging the federal government to relinquish or share spectrum for mobile broadband. In June 2013, the administration issued another memorandum that explicitly called for sharing spectrum between federal agencies and commercial entities.

“Where technically and economically feasible, sharing can and should be used to enhance efficiency among all users and expedite commercial access to additional spectrum bands, subject to adequate interference protection for Federal users, especially users with national security, law enforcement, and safety-of-life responsibilities,” the memorandum states. “In order to meet growing Federal spectrum requirements, we should also seek to eliminate restrictions on commercial carriers’ ability to negotiate sharing arrangements with agencies.”

Brig. Gen. Dennis Crall, the CIO of the Marines, was at AFCEA NOVA’s Naval IT Day last month with Foster, and said the services are facing an uphill battle on retaining spectrum. “How do you compete in a shrinking spectrum segment?” Crall asked, according to FedScoop. “You don't very well.”

The task now is to deploy networking technologies that will let the services make the most of what they have in terms of spectrum. “The challenge is what can we do with the technology of both the transmit and receive, encrypt/decrypt, compress/decompress, and operate in the same space so there’s not interference?” Foster added. “I think there’s technology out there that can help us maximize the limited resources we have.”

Agencies can employ a variety of technologies to maximize their spectrum or use airwaves more efficiently. One such technology is small cells, which boost wireless network capacity by bringing radio access network infrastructure closer to users, which ultimately translates into a more efficient use of spectrum and network resources. Another is spectrum refarming, in which older wireless services (like 2G or 3G) are decommissioned, and the spectrum is repurposed to deploy more advanced technologies (like 4G LTE and LTE Advanced). Yet another is cognitive radios, which can sense their environment and dynamically change how they transmit to more efficiently deliver mobile data.

Crall agreed with Foster and noted that because federal agencies won’t be getting new spectrum bands, “we have to look at ways of optimizing what we do have available. We need to make sure these things are compatible, that they don't interfere with other ship operations, and where we can have like antennas or shielding or new ways to propagate, we have to find out how.”

Meanwhile, six technology companies —Google, Intel, Nokia, Qualcomm, Federated Wireless and Ruckus Wireless —are working on on trials in several U.S. cities to test out shared use of the 3.5 gigahertz spectrum band, according to online tech journal Computerworld.

Under FCC rules for the band, networks of sensors will detect the presence of federal spectrum users in the band so that they can be protected from interference with other tiers of commercial users.

As Computerworld notes, the Navy “uses narrow channels in the 3.5 GHz spectrum to communicate — via radar flight guidance — with jets launched from aircraft carriers along U.S. coastal areas.” Federated Wireless is installing wireless sensors up and down U.S. coastlines to instantly detect the Navy’s signals, and then send that information to wireless devices that would automatically require commercial wireless users to switch to a different channel, Computerworld notes. 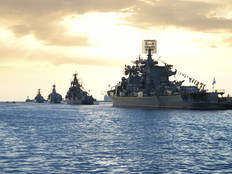 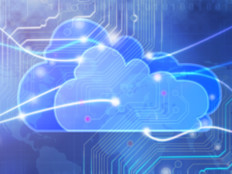 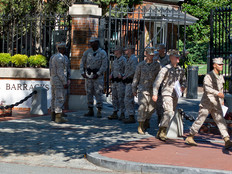