The Office of Management and Budget (OMB) and General Services Administration (GSA) have been urging federal agencies to become more efficient in their technology spending through practices like category management. That may be just the tip of the iceberg in terms of ways that agencies can achieve cost savings.

A recent report from a group of federal IT leaders and private sector tech executives says that agencies can save $5.8 billion over five years by adopting new practices and a standard taxonomy to track and manage IT spending.

The report, which the Technology Business Management Council released last month, was the result of work done over the past year by the federal Commission on IT Cost, Opportunity, Strategy and Transparency (IT COST).

IT COST, a joint effort by federal agency CIOs and private-sector experts and partners, was founded to bring best practices promoted by the TBM Council (collectively known as Technology Business Management) to the government.

TBM Council President Chris Pick told FCW that the report involved “hundreds of interviews across many agencies” as well as monthly meetings between IT and finance executives, who worked to translate practices designed for the private sector to the government.

Changing How IT Spending Is Tracked

The report notes that IT COST developed recommendations for federal CIOs and stakeholders to “improve transparency, optimize IT spending and resource consumption, and accelerate critical initiatives such as public cloud adoption, the implementation of shared services, and data center consolidation.”

The report breaks out 21 different recommendations for agency CIOs, and they are designed to “provide public sector CIOs with the information and tools they need to rebalance their spending by eliminating redundancies, shifting dollars from maintenance to innovation and making more strategic technology investments,” according to a statement from the TBM Council.

The $5.8 billion in estimated savings are based on findings derived from a recent Forrester Research study on the total economic impact of the TBM methodology, the statement notes.

Among its chief recommendations, the report says that agencies should adopt “a standard taxonomy, model, and management system for IT costs, resources, and services” so that agency IT leaders, finance executives and other stakeholders are on the same page and are using the same methodology to evaluate and improve the efficiency of IT spending.

Agencies should also use “a standard set of TBM metrics for evaluating and managing cost-effectiveness and for benchmarking IT costs and performance on an annual basis.”

The report suggests agencies and departments set up an office “with the right people and skills, for creating transparency and governing cost-efficiency over time.” Additionally, the report says there should be “a governmentwide governance board to facilitate the adoption of TBM practices throughout the federal government.”

Why is all of this necessary? The report argues that “higher spending on running the business of government stands in the way of federal programs that depend on new or modernized IT systems.” Citing a Government Accountability Office report from May, the IT COST report notes that the federal government spent more than 75 percent of its total IT budget on operations and maintenance in fiscal year 2015.

“This O&M spending has increased over the past seven years, resulting in a $7.3 billion decline in development, modernization, and enhancement (DME) spending over that same period,” the report says. “In other words, O&M, or the government’s run-the-business spending, is crowding out its change-the-business spending.”

Transportation Department CIO Richard McKinney told FCW that the new methodologies could give DOT’s IT leaders greater insight into how the agency is spending money on technology, and would allow him to make the case for more money by relying on data instead of anecdotes.

“I've been frustrated since I came here three years ago with … my not having the ability to understand my unit cost,” McKinney told FCW. “When you get into trying to make a cost-savings argument about shared services and consolidation, we lack the granularity … to make a good business case.”

The GSA has already finished a pilot project for TBM and is now putting the practices in place across the agency, according to FedScoop.

“By instituting this methodology, we are changing the culture of how we do business with our customers,” GSA CIO David Shive wrote in a blog post last month. “We are increasingly able to show value for the products and services we use to support the business of the federal government, and better account for every taxpayer dollar spent on technology.”

DOT, GSA and the Interior Department are going launch a pilot of the TBM practices across their agencies.

Federal Emergency Management Agency CIO Adrian Gardner, who attended an event on July 21 at GSA headquarters to promote the report, said he was uncertain if agencies could implement the mythology, considering the high turnover in federal IT leadership.

However, Gardner told FCW following the event that he intends for his staff to read the report and plans to discuss what it might mean for FEMA. 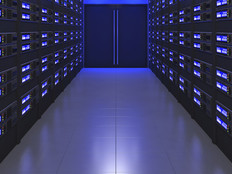 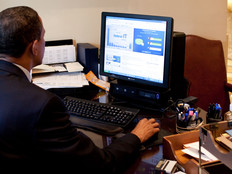