President Donald Trump convened a meeting on Monday of leading technology executives to spur a discussion of how the federal government can update its IT to adapt to the modern world.

“Our goal is to lead a sweeping transformation of the federal government’s technology that will deliver dramatically better services for citizens,” Trump said at the first meeting of the American Technology Council, which he created via executive order in May, according to the Washington Post. “We’re embracing big change, bold thinking, and outsider perspectives.” The ATC's goal is to "coordinate the vision, strategy, and direction" for the federal government's use of IT and the delivery of digital services.

“Government needs to catch up with the technology revolution,” Trump said, according to The New York Times “We’re going to change that with the help of great American businesses like the people assembled.”

Trump's senior adviser and son-in-law, Jared Kushner, a member of the ATC, a leader of the Office of American Innovation, and the administration's point man on outreach to the tech sector and updating government IT, said at the outset of the meeting that many of the government's roughly 6,100 data centers can be consolidated and migrated to the cloud. The Obama administration started wide-ranging initiatives to consolidate the government's data centers and move to the cloud.

Kushner also said that many federal systems are decades old, and that legacy systems and processes need to be modernized and streamlined. Civilian agencies maintain more than 1.6 million email addresses via on-premise servers, which are maintained by more than 40 different contracts paying on average $20 per user per month, according to Kushner. But agencies that have moved to the cloud have seen that cost drop down to $3 per user, he said.

“We certainly know the problems," Chris Liddell, the director of strategic initiatives and assistant to the president, said at the meeting, according to Federal News Radio. “We have some of the ideas about what the solutions are. But we really want to engage your minds and get the best of the private sector applied to these problems.”

According to Recode, the White House “will convene another round of companies and investors to discuss 'emerging' technologies on Thursday” and that the administration “plans to announce additional tech reforms targeting the Department of Veterans Affairs on Friday.” 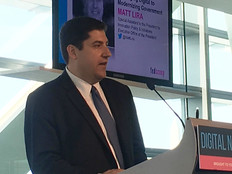 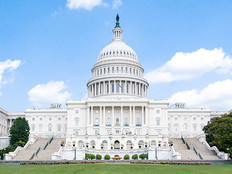