The General Services Administration is weeks away from awarding a $50 billion, 15-year telecommunications infrastructure vehicle that will set the stage for the next generation of federal networking services, according to a GSA official.

The contract, known as Enterprise Infrastructure Solutions, or EIS, will enable a wide range of new network technologies and spur the adoption of converged network architectures. It will also require agencies to transition away from the Networx contracting vehicle by the spring of 2020, a process that GSA will work on with agencies.

“We’re very, very close” to awarding the EIS contract, Bill Zielinski, deputy assistant commissioner for IT category management in GSA’s Federal Acquisition Service, said Thursday at a FedInsider event in Washington, D.C. “I am just itching to be able to talk about it at some point. But we’re still a couple of weeks off from announcing the award and exactly what’s going to be involved.”

Agencies will be able to take advantage of next-generation network technology through EIS — including software-defined networking (SDN) and 5G wireless networks — for the foreseeable future. EIS is expected to extend until 2032. Technology will continually be updated and refreshed under the vehicle, and the contract also builds in time at the end for a transition to a new vehicle.

GSA began providing telecommunications services to agencies in the 1960s. Since 2007, GSA has helped save the government $3.8 billion in telecom services costs, relative to the commercial rates for comparable services, terms and conditions, says Zielinski.

However, he said, “We at GSA can do a lot better on behalf of the agencies.” EIS is designed to help agencies’ networks evolve as technology does, so the government doesn’t fall behind developments in the commercial market.

Amid emerging technologies like SDN, he said, “those digital business strategies are creating a call for even greater business capabilities, even more bandwidth … greater abilities to effectively manage those network services and the greater, rapidly evolving security requirements that we have, collectively.”

GSA worked with agencies and industry to create EIS as a vehicle that will go beyond traditional network services, Zielinski said, and provide agencies with “even more and greater access to technologies — not just today’s technologies, but providing on-ramps to new and emerging technology.

“So as those come into being, we’re able to bring those on board in EIS and make sure that agencies don’t just meet their needs for mission today, but they’re able to meet their mission for tomorrow,” he said.

“If you really think about the network as the convergence point for all those capabilities, this becomes a soup to nuts for people to be able to reach any of those types of services,” he said. “While we did not define out, specifically, which technologies, I think that what you are going to see is that it really becomes a springboard for that convergence on the network.”

EIS will enable agencies to meet their missions both cost effectively and in a safe and secure manner, he added.

GSA has worked closely with the Department of Homeland Security on EIS to ensure that all network security requirements, including those from the recent cybersecurity executive order, are baked into the contract, Zielinski said.

Transitioning to EIS for Networking Services

The awarding of the contract will be a “very important milestone,” Zielinski said, but that will represent not a “race to the finish but a race to the beginning” of the transition to EIS.

GSA has been working with agencies for more than a year to develop concrete transition plans from Networx to EIS, and GSA has received transition plans from all agencies, FCW notes. Agencies need to have those transition plans in order, Zielinski said, and can work with designated transition coordinators at their agencies as the process moves ahead. GSA has been running a number of different training programs to help agency IT leaders and officials, as well as those in the private sector, prepare for the transition, he noted. Those sessions cover what’s in the contract and what agencies need to do to prepare for the switch.

The government spends around $1.8 billion per year in telecommunications services, and 8 million line items will need to be moved off old contracts to EIS. Agencies need to inventory all of their network assets.

“You really have to be prepared by knowing what you already have in place so that you understand what it’s going to take to get you there,” he added.

After the inventory is done and the transition plan is in place, agency officials need to start working on “those fair opportunity proposals that you need to put out there” for the contract, Zielinski said.

It’s another opportunity for industry partners that have been supplying agencies with telecommunications services to work with those agencies to help define requirements and proposals put forward under EIS, he said.

What lies ahead? “It’s a large, complicated, coordinated effort upon which we are going to embark,” Zielinski said.

EIS, he said, presents agencies with the opportunity “not just to transition from their telecom of today to their telecom of tomorrow, but to really move forward in transforming to network services that are part of delivering the increased digital age that we are in today, and to do it in a way that provides that security as we bake those requirements in there.” 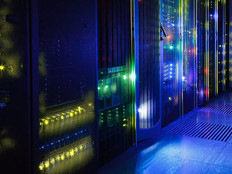