On its face, it may seem backwards: To consolidate its data center operations, the FBI is opening a new data center.

However, the $100 million, 100,000-square-foot facility that the FBI broke ground on last month in Pocatello, Idaho, will help the law enforcement agency actually reduce the number of data centers it operates. The groundbreaking, the FBI says in a statement, serves as a “milestone” for the agency’s efforts to consolidate and optimize its data center infrastructure, information and services “as part of a broad multi-year IT transformation.”

As FCW reports, the Pocatello site will be the center of the FBI’s operations in the Western United States, much like its existing data center in Clarksburg, W.Va., is for its eastern operations.

More broadly, the FBI says that the new data center will help its parent agency, the Justice Department, consolidate “dozens” of data centers around the country. That will strengthen cybersecurity at DOJ and also “improve collaboration, information sharing, and increase the ability to execute advanced analytics, while decreasing overall operational costs,” according to the FBI statement.

The Need for and Benefits of Data Center Consolidation

The DOJ was one of 20 agencies that reported meeting none or one of the DCOI’s targets, as of February 2017. The Justice Department clearly wants to change that.

Richard Haley, the FBI’s assistant director of finance, facilities and real property, tells the Idaho State Journal that the FBI wants to consolidate around 100 data center facilities into the Pocatello and Clarksburg sites. The FBI also has a data center in Washington, D.C.

“The project we're moving forward with is a joint Department of Justice-FBI project to consolidate over 100 data centers that exist currently in the DOJ down to three centers,” Haley tells local news station KIDK. “We have another facility in West Virginia, and along with this center, will make up our two major data centers.”

Haley says the FBI plans to have the data center completed in two years. He says the FBI chose Pocatello not only for its landscape and people but for many practical reasons as well. For one, power is less expensive in Pocatello — less than half as costly as power for facilities on the East Coast.

The site, which the Idaho State Journal reports the FBI acquired in the early 1980s at an affordable price, houses nine different divisions — a figure that may rise. The divisions include responsibilities ranging from investigations, intelligence analysis, IT and records management.

The site handles all travel arrangements for the FBI, and The Associated Press reports that it also provides telecommunications and database support for agency field services throughout the country. Thus, consolidating functions at Pocatello will help the FBI save money and increase standardization.

The consolidation will also help the FBI redirect IT resources. “There are people doing it who are now being able to do other things more mission-focused,” Haley tells the Idaho State Journal. 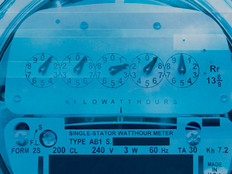