The armed forces rely on having technological dominance on the battlefield as they face off against adversaries. They also want to have superior technical prowess away from the front lines, and are increasingly turning to mobile technology to help them get there.

The various service branches are embracing mobile and wireless technologies to improve their operations and boost productivity. They want to use more mobile solutions for training and logistics. And they want to make it easier to add wireless connectivity at their bases, though they currently face hurdles in doing so.

However, despite challenges, the efforts are an indication that mobile technology is inextricably linked to the future development of the armed forces. The question is not whether it will be integrated, only how quickly. Those were some of the takeaways from the recent Armed Forces Communications and Electronics Association's Mobile Tech Summit, held on Nov. 29 in Washington, D.C.

The AFCEA event’s participants indicated that mobile tech can be used in almost every aspect of the armed forces. Rick Walsh, the Army’s mobile program director, said the service’s Training and Doctrine Command wants to use wireless technology to bring training and professional development from the classroom to the field, according to FCW.

“I have 1,500 pieces of courseware written up to 20 years ago. We still use it and its still good courseware, but I’ve classified it in such a way that I can’t use it in the mobile workspace,” Walsh said at the summit, according to FCW. “It has to be controlled, so you can only build it in the classroom, only on a [government furnished equipment] device, only if you're [common access card] enabled. That's not good.”

Moving forward, the Army wants to increase student population up to 10 times over by making training information more open and accessible via mobile technologies, Walsh said.

Meanwhile, the service branches want to use mobile to make logistics more efficient. Chris Woehler, the deputy assistant chief of staff of the Marine Corps’ Installations Command, said the service wants to let soldiers use mobile devices to update supply transactions instead of logging onto a PC. Most of the Marines’ maintenance and supply buildings are being altered to support mobile infrastructure, he said.

“We’re putting in more Wi-Fi backbone in each of those facilities,” he said, FCW reports. That will allow suppliers and other logistics workers to remain in hangars and use portable maintenance devices to plug into the different logistics capabilities and order new parts.

The Air Force also wants to remake its logistics program so that it is mobile-friendly.

Maj. Gen. Cedric George, the Air Force's logistics CIO and deputy director for resource integration, said at the summit that the force’s logistics mobile strategy isn’t taking shape quickly enough, according to FCW. The Air Force has 359 logistics IT systems that are on average 18 years old, and they need to be remodeled so they can be mobile-ready.

“It’s not sufficient, it's not effective, it is not sustainable. And while we have a smorgasbord of applications for mobile, it's not driving the log effects I need,” George said, adding that he wants to move applications “strongly and comfortably in a commercial cloud environment.”

Meanwhile, the service branches also want to make it easier for soldiers to connect to wireless networks while they are on bases. But that will involve making it simpler to deploy the networks themselves.

Wireless carriers face numerous hurdles in deploying 4G LTE networks at Navy bases, but the Navy is working on a new policy to make it easier for them to deploy small wireless networks on bases, Federal News Radio reports.

The Navy has cut the time it takes to get a provider on base from five or six years down to about one year, the publication notes, but the policy memo that directs such deployments is too broad, according to Navy officials.

“I have a bit of a cliché that I like that version 1.0 of everything sucks,” Thomas Kidd III, director of the Department of the Navy’s strategic spectrum plans and policy, said at the AFCEA summit, according to Federal News Radio. “No process works ideally. We get feedback from people who are trying to work the process of things that we missed.”

A new version of the memo will include fixes in the process. “There were things that we missed, things that didn’t work [in 1.0], but we’ve gotten everyone involved. We’ve planted a seed. We’ve gotten everyone back to the table,” Kidd said. The Navy is also considering adding support for small cell wireless networks, which are cellular networks that are limited to small geographic areas and can boost network capacity.

The Air Force also wants to make it easier to deploy broadband coverage to its bases across the country. Lt. Col. Tara Nolan, a reservist working as a liaison to the service’s Cyber Command Functional Lead, said at the summit that the Air Force plans to issue a request for information (RFI) soon “seeking feedback on how to approach bringing commercial broadband not only to its top bases, but also to those in more remote and less-developed areas,” FedScoop reports.

Such solutions will need to serve airmen as well as the personal mobile wireless needs of their families on bases. Nolan said bases on the East and West Coasts are “really good business cases for bringing coverage,” according to FedScoop. “Then there’s the missile bases out in the middle of nowhere, [like] Edwards Air Force Base. We want everything covered. How would we bundle good and less-good bases together so that the business case works but we get all the bases covered?”

The RFI will represent “opportunity to work with the commercial industry to bring infrastructure at industry cost if the Air Force can open up the process to provide the real estate and the access” while making it a “win-win situation” for both sides, Nolan said, according to FedScoop. 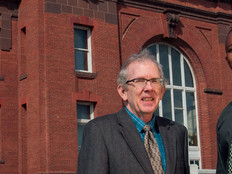