Federal agencies received something of a reprieve in November when President Donald Trump signed into law the FITARA Enhancement Act of 2017.

The law makes permanent aspects of the Federal IT Acquisition Reform Act regarding the transparency and risk management in IT investments. Perhaps most significantly, it extends the deadline for agencies to meet the requirements of the Data Center Optimization Initiative until Oct. 1, 2020. The previous deadline had been Oct. 1, 2018.

However, despite the extension, agencies face an uphill climb to meet the requirements of the DCOI, according to a recent MeriTalk report, "Data Center 2020: Federal Modernization in Focus," which was underwritten by Hitachi Vantara Federal and ViON. The report, based on an online survey conducted in December and January of 150 federal IT managers familiar with their agency's data center(s) and data center modernization efforts, confirms that most agencies were not going to meet the original DCOI deadline.

There are hopeful signs in the report though, indicating that agencies can make progress if they invest in the right technologies and change their IT culture. Federal IT managers leading their agency's modernization efforts who are "very satisfied" with their progress reported strikingly different approaches than their peers who are "not satisfied." They prioritize next-generation technology such as hyperconverged infrastructure, make the case for new investments and replicate their data center modernization strategy agencywide.

Agencies see security and performance as the most effective aspects of their data centers, according to the report, while costs and automation are where they need to do the most work. Just 10 percent of those surveyed give themselves an "A" grade for their ability to support emerging technology.

Unsurprisingly then, 75 percent of federal IT managers say data center modernization has been a painful process, with security concerns being the top reason why (52 percent), followed by a lack of skilled personnel to manage the transition (49 percent) and insufficient budget (34 percent).

Despite the challenges, 73 percent of those surveyed say the drive to close, consolidate and optimize data centers is a necessary precursor to the larger goal of IT modernization. About half of those surveyed (51 percent) say it will improve government security while 41 percent say it will increase data access for advanced analytics and decision-making. Large percentages also say it will reduce infrastructure maintenance costs (36 percent) and will simplify the architecture of government IT (35 percent).

How can agencies make progress? Those "very satisfied" with their modernization progress are almost three times more likely than those who are "not very satisfied" to say one of their top modernization priorities is improving their ability to support emerging technologies. One of those is hyperconverged infrastructure.

HCI has "significant value to the data center in both the consolidation requirements of the DCOI as well as reduction of remaining data center footprint and energy consumption," says Dave Turner, president and CEO of Hitachi Vantara Federal.

HCI also allows organizations to create on- or off-premises cloud platforms that integrate network, storage and compute, and can be deployed in a fraction of the time, Turner notes. And when procuring this technology on an "as a service" basis, "agencies gain an efficient and cost-effective way to more immediately affect their FITARA scores and more importantly streamline their data management and improve data security," he says.

Of those who are "very satisfied" with their progress, 67 percent say they have implemented data center infrastructure management solutions, 47 percent have pursued modular data centers and 36 percent have launched "Data Center as a Service" solutions. 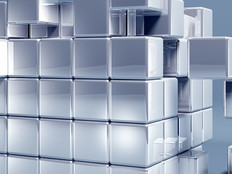