GAO’s Dominic Prate expects HCI to help his agency save on numerous data center costs, including maintenance, heating and cooling.

In 2016, the IT team at the Government Accountability Office was managing 500 legacy and virtual servers — and quickly running out of physical room in the agency’s data center. However, to address this problem, the team didn’t start planning for a facility expansion or major move.

Instead, GAO’s IT officials decided to overhaul and streamline their operation by deploying a relatively new approach: hyperconverged infrastructure. HCI replaces the traditional, three-tier architecture for computing, storage and networking, combining all functionalities into a single hardware box under one management console.

“This is all about being more efficient,” says Dominic Prate, GAO’s director of engineering and operations, noting that the agency is nearly halfway through its migration and expects to complete the project by mid 2018.

“We’ve already been able to replace six servers for every hyperconverged unit we install,” Prate says. “And we think we can definitely do even more than that, which will ultimately save us quite a lot on maintenance, heating and cooling, software licenses and other expenses.”

GAO, which has implemented Nutanix hyperconverged solutions, is one of numerous agencies that are deploying HCI. In addition to the consolidation of IT systems and cost savings, these agencies also find that hyperconvergence has the power to greatly simplify data center operations and to improve management capabilities.

Several manufacturers are bringing HCI solutions to the market, including Nutanix, Hewlett Packard Enterprise, EMC, Cisco Systems and Commvault. As they gain maturity in the HCI deployments, agencies are finding that the technology also can help ease the migration to cloud environments.

HCI is on a trajectory to greater adoption across all sectors, including the federal government, says Eric Sheppard, research manager for IDC.

A survey of 150 federal IT decision-makers conducted in 2016 by Market Connections and sponsored by Nutanix found that more than one-third of respondents had already implemented HCI or were planning to do so in the near future.

“This push is really being driven by the desire for operational simplicity,” Sheppard says.

“We had gone through some of the same pain points as other federal agencies in terms of being technologically stovepiped, especially with our critical applications, resulting in a lack of coordination and communication,” says Michelle Sparrow-Walker, director of the State Department’s Systems Integration Office. “We really felt that the converged technology was going to give us an environment where we could streamline the data center service.”

With this approach, data center personnel can manage the entire infrastructure through a single, comprehensive dashboard rather than individually managing computing and storage devices and networking components in isolation.

“We expect improvements in our time to deliver services because we can provision a lot more quickly through automation in this environment than we could before,” Sparrow-Walker says.

She adds that the converged infrastructure helps reduce the overall administrative burden in several ways, including maintenance and management. “For example, we can now apply patches all the way from the firmware through to the virtual operating system environment, and that allows us to keep all of our systems across all data centers patched at the current level, which significantly reduces our security vulnerabilities,” she says.

What’s more, the agency will be able to shut down one of its four enterprise data centers, giving it a much smaller data center footprint.

A Path to Better, Simpler VDI

“I needed my team to focus on the user experience of the virtual desktop as opposed to spending a whole lot of time on the back-end piece,” she says. “As a result of this, we’re now able to look at providing additional value-added serv­ices, including higher-end graphics and more integration with mobility, which before we wouldn’t have had the resources to even think about.”

She agrees that the ease of management and maintenance is one of the biggest benefits of HCI. The technology can be scaled up quickly and easily, and it has built-in self-correcting and failover capabilities, which makes it much more resilient than other architectures. Troubleshooting is simplified by the fact that team members can manage and view everything on a single management console. And HCI takes up a lot less rack space, leaving room for other IT solutions within the data center.

“My goal is that my users never have to worry about anything that happens behind the monitor,” Ballard explains. “Hyperconverged infrastructure helps us to make that happen.”

Hyperconvergence Spurs a Cultural Shift in IT

Despite the many benefits they gain, agencies also may face challenges in adopting converged infrastructure, the most difficult being the cultural shift.

With the converged model, for example, system owners who are used to having full control must learn to share resources and cede some administration and decisions to the data center team.

Data center personnel also have to adjust to new processes, service delivery and a new technology that requires generalized knowledge across all three functionalities, while supporting and maintaining a disparate and specialized legacy environment during migration.

The simplicity of the approach also makes it simple to use, according to Ballard: “It’s a relatively quick thing for team members to pick up. It doesn’t take years and years of training, like it might have in the past.”

The flexible and extensible nature of hyperconverged infrastructure has other benefits too. At Sandia, Ballard and her team have brought 2,000 of Sandia’s 12,000 users into the VDI environment. But as the technology evolves, and as she and her team replace and add new nodes over time, she expects to eventually have as much as 75 percent of the user base on VDI.

“There are a lot of users that we can capture today that we would not have been able to capture when we started our VDI solution,” she says. “I anticipate that that will continue to be the trend.”

At GAO, officials also see hyperconverged infrastructure as critical as they prepare to move to the cloud. “By being virtualized already, it will definitely put us in a position then to be able to move from on-premises to an off-premises Platform as a Service,” says Prate.

Sparrow-Walker agrees that converged infrastructure puts the State Department in a prime position to fulfill the federal Cloud First policy, even if the transition doesn’t happen immediately. The department, she says, will soon begin consolidating more than 100 nonenterprise data centers. Systems that aren’t immediately moved to the public cloud will move into enterprise data centers and onto converged infrastructure.

“We’ll have the ability to offer our customers high availability and disaster recovery, and we’ll be able to implement a software-defined data center solution on that converged infrastructure, all of which will allow us to speed up our provisioning and deprovisioning and deliver services more quickly,” Sparrow-Walker says. “Because we will have centralized those workloads onto virtual infrastructure, it will make it easier to migrate into a virtual environment in the cloud, if and when we’re ready to do that.” 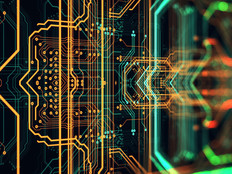 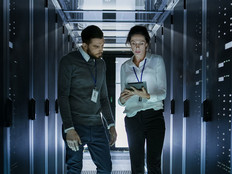