Since 2010, the Air Force’s Air Mobility Command (AMC), which provides airlift and aerial refueling for the armed forces and conducts humanitarian support missions, has been pursuing its Electronic Flight Bag (EFB) initiative. Since then, it has equipped 18,000 air crew members with Apple iPad devices.

In the past, when crew members arrived at their squadrons, each person received a bag full of books weighing as much as 120 pounds to carry on board the aircraft. (The number of crew members per mission varies, but it’s always more than one person.)

Now each crew member receives his or her own iPad that contains all the paper documentation in PDF format. The material includes technical orders that cover every single nut, bolt or rivet on an aircraft, plus instructions and manuals on how to operate an aircraft, says Master Sgt. Joseph Pinkerton, command C-5 evaluator loadmaster and a project manager of the EFB program.

It’s more information than they could carry in the old flight bag. “We are able to reduce hundreds of thousands of pages to a single electronic device,” he says.

The use of the iPad reduces aircraft weight and results in $780,000 in fuel savings per year. The move also cuts $3.7 million annually from the cost of printing and distributing paper, says Col. Terrence Adams, AMC’s CIO and director of communications.

The AMC is managing and securing its deployment of iPads with enterprise mobility management software, a suite of applications that lets the IT staff centrally configure and control the tablets.

IT staffers can locate tablets if they are lost or stolen and remotely wipe them if necessary, says Master Sgt. Troy Wilkerson, the EFB information system security manager.

“That turns them into a brick,” he says.

The command, which standardized on the BlackBerry Enterprise Mobility Suite, uses a number of security features, including requiring users to enter passcodes to access the devices. The IT staff also provides extensive user education on security best practices.

When the AMC equipped air crew members with tablets, IT leaders realized they could go beyond creating electronic flight bags by also providing crews with mobile apps that allow them to work more effectively and efficiently.

“To be able to do that on the fly on an electronic device within seconds could mean the difference between life and death,” he says. 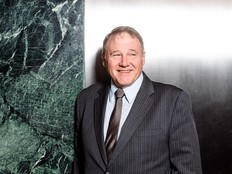