Government agencies spend more than $5 billion per year on energy, and the cost of powering and cooling data centers is a large portion of that. As they work to lessen that demand, both to trim utility costs and minimize environmental impact, agencies are discovering the virtues of virtualization.

The Center of Expertise for Energy Efficiency in Data Centers recommends data center virtualization as one of its “high-level best practices,” alongside more obvious measures such as turning off unused equipment and decommissioning unused servers.

Buildings with data centers spend 25 percent to 35 percent more on electricity per square foot than those without, according to the U.S. Energy Information Administration.

The Office of Management and Budget has been pushing federal agencies to close and consolidate data centers where possible, and to optimize remaining facilities through methods such as energy metering and virtualization.

Among the agencies reaping the multiple benefits of virtualization: the State Department, which had about 3,700 virtual servers in its core U.S. data centers in 2015. Today, that number is close to 6,000, the result of the agency's virtualization-first strategy that gives strong preference to virtual machines over physical servers.

“For new applications, the default is a virtual server,” says Mark Benjapathmongkol, chief of the department’s Enterprise Server Operations Center division. “We’re probably about 95 percent successful with that. But there are some things that you just can’t virtualize, and they stay physical.”

“But another benefit is reducing our carbon footprint and emissions,” Benjapathmongkol says. Virtualization reduces space requirements in the data center, which leads to reduced energy consumption.

“We’ve also reduced our environmental impact when it comes to decommissioning and disposal of hardware,” he adds. “If you have five applications on one server and apps go away, you’re only disposing of one server instead of five.”

Chris Gardner, a senior analyst for infrastructure and operations at tech research firm Forrester, says it’s typical for organizations to place more emphasis on reducing their costs than on reducing their carbon footprint, but the benefits tend to go hand in hand.

“When you’re using less energy to run fewer physical servers, you’re also lowering costs,” Gardner says. “And you get a higher amount of consolidation. Typically, you want to run systems at 80 percent capacity at all times. To do that, you need to virtualize machines.”

For new applications, the default is a virtual server."

“Along with sustainability, we chose virtualization to provision servers faster, enjoy the inherent failover and redundancy of a virtualized environment, allow for almost immediate changes and improve portability,” Klinner says. “Energy consumption is lowered in this process, supporting our sustainability goals.”

Although a number of agencies cite energy efficiency as a major benefit of data center virtualization, exact numbers can be difficult to come by.

The Federal Emergency Management Agency, which stood up its first virtual environment in the mid-2000s, hasn’t tracked energy use metrics associated with the technology. However, virtualization has allowed the agency to reduce the physical footprint of its infrastructure while supporting a maintenance and IT operations workforce that has become more mobile.

MORE FROM FEDTECH: Find out which agencies are making progress on data center optimization.

“There are so many benefits that I would say, ‘Give me a reason an application shouldn’t be running on a virtual machine,’” says Gardner. “Ninety-nine times out of 100, the application owner would not be able to give me a reason. There may be some reluctance on the part of operators — a fear that performance is going to suffer.”

“In fact, the system is usually going to run identically, if not better, as a result of virtualization,” he adds. “Everyone should apply that same test: ‘Give me a reason an environment shouldn’t be virtualized.’ And usually, people won’t be able to.” For many organizations, virtualization has become something of a ­stepping-stone on the path to public cloud migration. Gardner says that some organizations are now considering on-premises server virtualization where they once might have tried to push workloads to the public cloud.

“Five or so years ago, when the cloud was just starting up, people were looking at new virtualization instances almost as a negative, thinking, ‘I should just use the cloud,’” he says.

“Now we’re seeing, if you have legacy applications, in some cases it’s not worth going through the upgrade necessary to migrate them. But if you virtualize them, that’s a quick win until you rearchitect them with cloud-native technologies.” 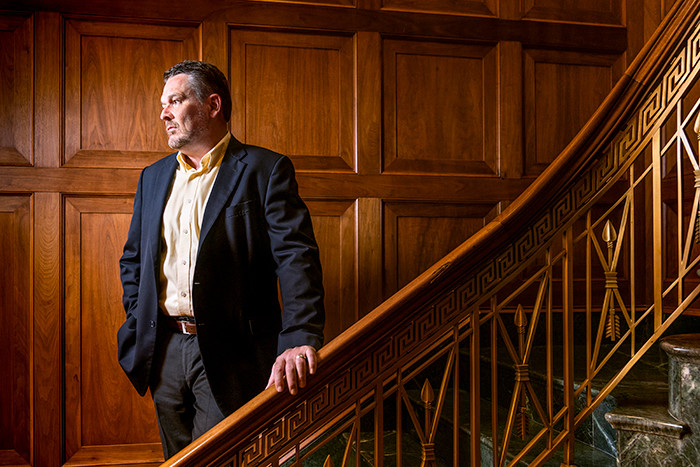 “The DOI’s work is often remote, as employees work in the field, where the nation’s resources are located,” he says. “Virtualization creates increased flexibility and better utilization of our physical resources for our end users.

“By moving email and collaboration services to the cloud and reducing the footprint of physical servers, our remote workers benefit from increased accessibility to the resources they need, wherever they are located.”

FEMA’s virtualization push, Litzow says, has largely been driven by a desire to improve IT services while also decreasing the footprint of physical infrastructure.

“FEMA’s initial goal in pursuing virtualization was to provide high availability and fault tolerance while reducing the physical footprint of our enterprise server farm,” she says.

“Our strategic vision is for a vibrant and scalable cloud-based infrastructure that is Federal Information Processing Standards–compliant, and which will further reduce our information technology footprint.”

Many agencies’ virtualization initiatives date back nearly a decade, with more resources moving to the model over time.

“It started [at Interior] with limited server virtualization on simple workloads like file and print servers, but has evolved to include application servers and databases,” Klinner says. “In recent years, we’ve also focused on storage ­virtualization as well as network virtualization, including software-defined networking.”

The FDA began its virtualization efforts in 2011 and now virtualizes 90 percent of UNIX, Linux and Windows servers through a combination of Oracle VM Server for SPARC and VMware vSphere technologies.

About 80 percent of the agency’s Microsoft SQL Server databases and 42 percent of Red Hat Linux servers are virtualized. The agency has also started virtualizing its network environment.

The amount of electricity expected to be used by U.S. data centers by 2020; data centers account for nearly 2 percent of U.S. energy consumption

Similarly, the Transportation Department began implementing data center virtualization in 2011, and more than 80 percent of the department’s non-FAA IT infrastructure is now virtualized either on-premises or in the cloud. The agency uses VMware and Microsoft Hyper-V on-premises, along with Microsoft Azure Cloud Services, among others.

Benjapathmongkol continues to help the State Department push toward further virtualization. Currently, about 70 percent of the department’s servers are virtualized, up from 62 percent in 2015.

“From a security standpoint, legacy applications are more costly to protect and are more susceptible to malware and viruses,” he notes. “Either they have an old operating system, which the vendor no longer supports with patches, or they have old hardware, which lacks newer protections such as Trusted Platform Modules.”

Benjapathmongkol says he hopes that guidance from other agencies will encourage IT stakeholders to embrace virtualization.