Cybersecurity concerns have dominated federal IT headlines all year, with much of the energy focused on how agencies will migrate to a zero-trust architecture. However, there has been another discussion around federal cybersecurity that has gotten far less attention: attempts to reform the Federal Information Security Modernization Act of 2014.

FISMA has been the defining piece of legislation governing federal cybersecurity for years, and lawmakers in Congress attempted this year to enact a new law that would update it. Those efforts seem to have stalled, as an amendment that would have updated FISMA was dropped by lawmakers from the final version of the fiscal year 2022 National Defense Authorization Act.

At roughly the same time, earlier this month, the Office of Management and Budget released a memorandum with new reporting guidance and deadlines in accordance with FISMA. Under the memo, the Department of Homeland Security’s Cybersecurity and Infrastructure Security Agency has been tasked with creating a strategy for automating the collection of federal agencies’ cybersecurity metrics by April of 2022. 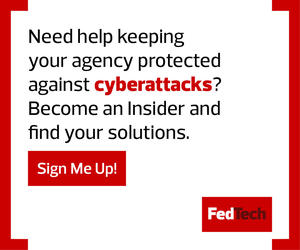 What Is FISMA Used For?

FISMA is a law that amended the Federal Information Security Management Act of 2002. As CISA notes on its website, the law does several things to codify responsibilities between OMB and DHS for oversight and implementation of agencies’ cybersecurity policies.

As CISA notes, FISMA spells out DHS’s role in “administering the implementation of information security policies for federal Executive Branch civilian agencies, overseeing agencies’ compliance with those policies, and assisting OMB in developing those policies.”

RELATED: How will agencies tackle zero trust in 2022?

If agencies request it, the law also enables DHS to deploy technology on other agencies’ networks.

Additionally, as CISA notes, FISMA standards also “requires agencies to report major information security incidents as well as data breaches to Congress as they occur and annually,” and “directs OMB to revise policies regarding notification of individuals affected by federal agency data breaches.”

EXPLORE: How are agencies executing on the cybersecurity executive order?

What Does FISMA Compliance Mean?

According to a SolarWinds Government blog post, there are seven broad categories of actions that agencies need to execute to be in compliance with under FISMA. Agencies are required to:

DIVE DEEPER: How can agencies stay on top of evolving security threats?

In October, the Senate Homeland Security and Governmental Affairs Committee voted unanimously to advance to the full Senate consideration of a bill to reform FISMA.

The bill, from Sens. Gary Peters and Rob Portman, would make several changes to FISMA. As FCW reports, the bill would put OMB “at the center of policymaking on cybersecurity for civilian agencies and gives CISA the lead role in implementing cybersecurity operations,” while the national cyber director would be “responsible for developing the overall cybersecurity strategy of the United States and advising the President on matters relating to cybersecurity.”

The bill would require leaders of federal agencies to notify Congress of cybersecurity breaches within five days of an incident occurring. As FedScoop reports, the bill would require agency leaders to “carry out an initial analysis of an incident — and where necessary inform citizens that their data has been compromised — within 30 days” and mandate that “federal IT leaders provide a briefing on the threat within seven days.”

“This bipartisan bill provides the security the American people deserve and the accountability necessary to resolve longstanding weaknesses in federal cybersecurity by clarifying roles and responsibilities and requiring the government to quickly inform the American people if their information is compromised,” Portman said in an October statement.

Additionally, the bill would mandate that agencies use penetration testing “when and where appropriate” to monitor systems, according to FCW, especially high-value assets. The rules for such testing and the results would need to be shared with CISA and OMB, “without regard to the status of the entity that performs the penetration testing.” 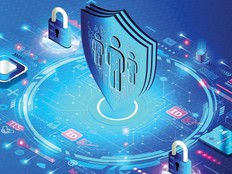